Dossier
1 min
13/12/2017
Roads
With the acquisition of Tarmac Middle East in late 2015, Colas secured a bridgehead in the Gulf. Here’s the story of the new subsidiary’s
smooth integration.
Ludmilla Intravaia
The workday is in full swing at the Jebel Ali asphalt plant, some fifty kilometres southwest of the city of Dubai. The Philippine foreman Edwin Manapat Cruz supervises the departure of a load of wet mix (a mixture of aggregates, sand, and water) for the worksite near Al Nasir, where Colas Middle East is taking part in a construction of a road for the federal authority of the United Arab Emirates. Sitting at his console, the Indian control room operator Robin Raj Rajprabha gives instructions to the driver of a truck that is being loaded with asphalt mix for delivery to a project east of Dubai in which the Al Awir highway is being widened.

We have joined a group that is professional, well organized, and well managed. That’s motivating.

Haider Abbas Gmice
engineer
The Jebel Ali asphalt plant is one of ten such facilities owned by Tarmac Middle East, the UK-based company acquired by Colas in late 2015. Present for forty years in the United Arab Emirates, Oman, and more recently in Qatar, the entity has assembled a list of references in the construction of roads and highways, airport runways, and racetracks as well as port and industrial platforms. Also included in the acquisition were two quarries equipped for rock processing (see interview). 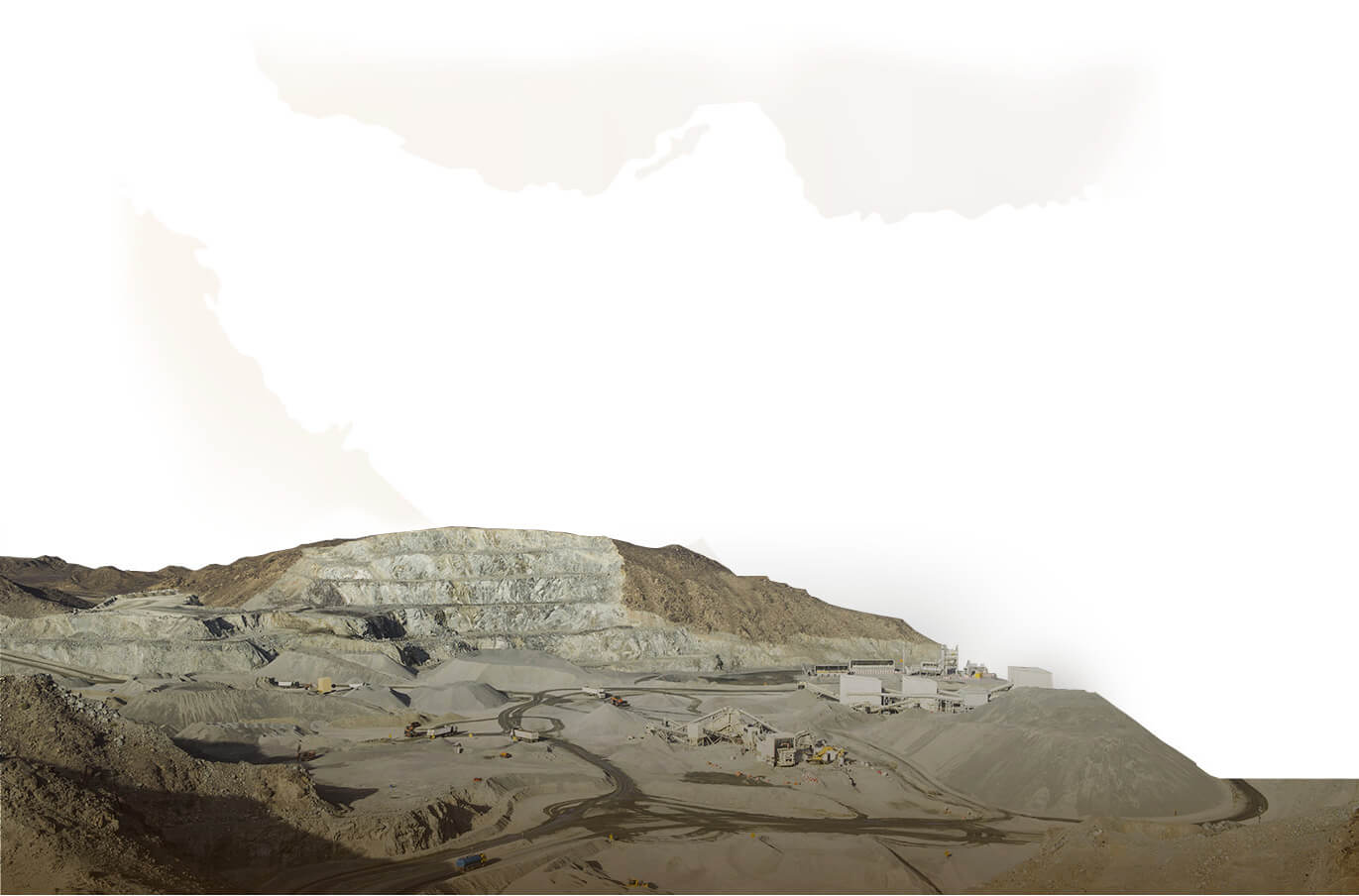 Moyen-Orient
PASSING THE TORCH
Sanjay Kumar Sharma, the Indian manager of the four asphalt plants and the workshops in the UAE, has been with Tarmac for seventeen years. He says he is very pleased with the “successful integration” of the Tarmac teams and the Colas management. “Look at our new orange machinery in the parking lot. That’s just some of the modern equipment that Colas has invested in.” On the Al Awir highway worksite, Haider Abbas Gmice, a 26-year-old Pakistani engineer, orchestrates the asphalt spreading being done by Colas Middle East. Since the beginning of the year, the company has already paved some 360 kilometres of roadways in urban areas and the desert. Here, a team is hard at work compacting the asphalt on a section of the road. Over there, a foreman is checking a compactor operator’s inspection book. Though the 28°C temperatures during this month of March are mild for road crews used to working in heat ranging up to 50°C in summer, the men still take care to stay well hydrated. It is one of the golden rules of safety at Colas Middle East (see box). 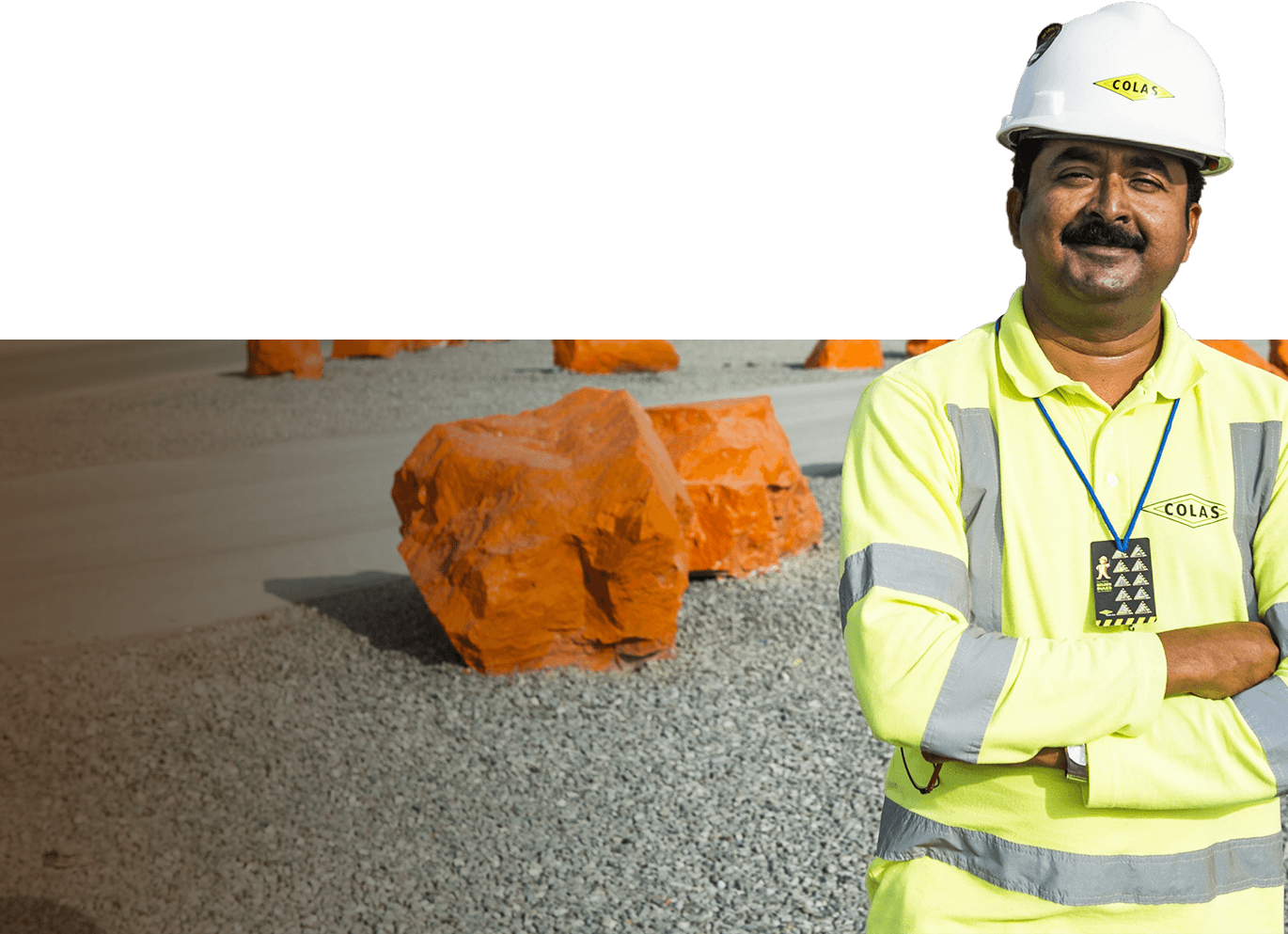 Did you know?
Safety first When it comes to safety, there is no compromising at Colas Middle East. It is the Group’s No. 1 value and a tradition in Tarmac’s company culture. Best practices in line with the world’s highest standards are clearly explained to employees in ten golden rules, which everyone pledges to follow. Each person carries a “Stop” card that allows him to interrupt at any time an action that violates the rules. “It’s shaped like a credit card, so it’s easy to slip into your pocket,” says Craig Streak, safety, health and environment manager. “It does something better than withdraw money. It saves lives!”
MULTICULTURAL COMPANY
“We have joined a group that is professional, well organised, and well managed. And that’s motivating,” says Haider. “Especially when Colas is driving innovation in the region,” adds Félix Armanet, a 25-year-old French graduate assigned to the construction of the new asphalt plant in Oman. This unit will produce low-noise, skid-resistant, and aesthetic asphalt mixes; in other words, a full range of Colas products. Indian, Philippine, Pakistani, Lebanese, French, British, Nepalese... there are some thirty nationalities on the Colas Middle East workforce. An illustration of this diversity is found at the Shawkah quarry, 80 kilometres east of Dubai. People from many different countries, speaking different languages, and practicing different religions work side by side on the production sites and in the machinery repair shops, eat grilled fish and lentil dhal together in the canteen, and share the expatriate living quarters.

Did you know?
Tarmac has worked on several major projects, including the artificial archipelago Palm Jumeirah, at Dubai, and the Yas Marina Formula 1 track at Abu Dhabi.
ATTENTIVE MANAGEMENT
By the end of 2017, this camp will have been refurbished, as will the company’s other living facilities later on. Colas is committed to the comfort and well-being of its personnel. “The management listens to us and takes an interest in us, in our working conditions and safety,” says quarry production manager Shanmugan Marimuthu. “And we are proud of going six years without an accident on this site, which is in operation 24 hours a day,”adds Craig Streak, the safety officer at Colas Middle East. “When I arrived here, I planted this tree,” , says Sanjay, pointing to a sturdy, flourishing fig tree in the courtyard of the Jebel Ali plant. “Another came up right beside it. It makes me very happy to see them growing together.” Like a symbol. 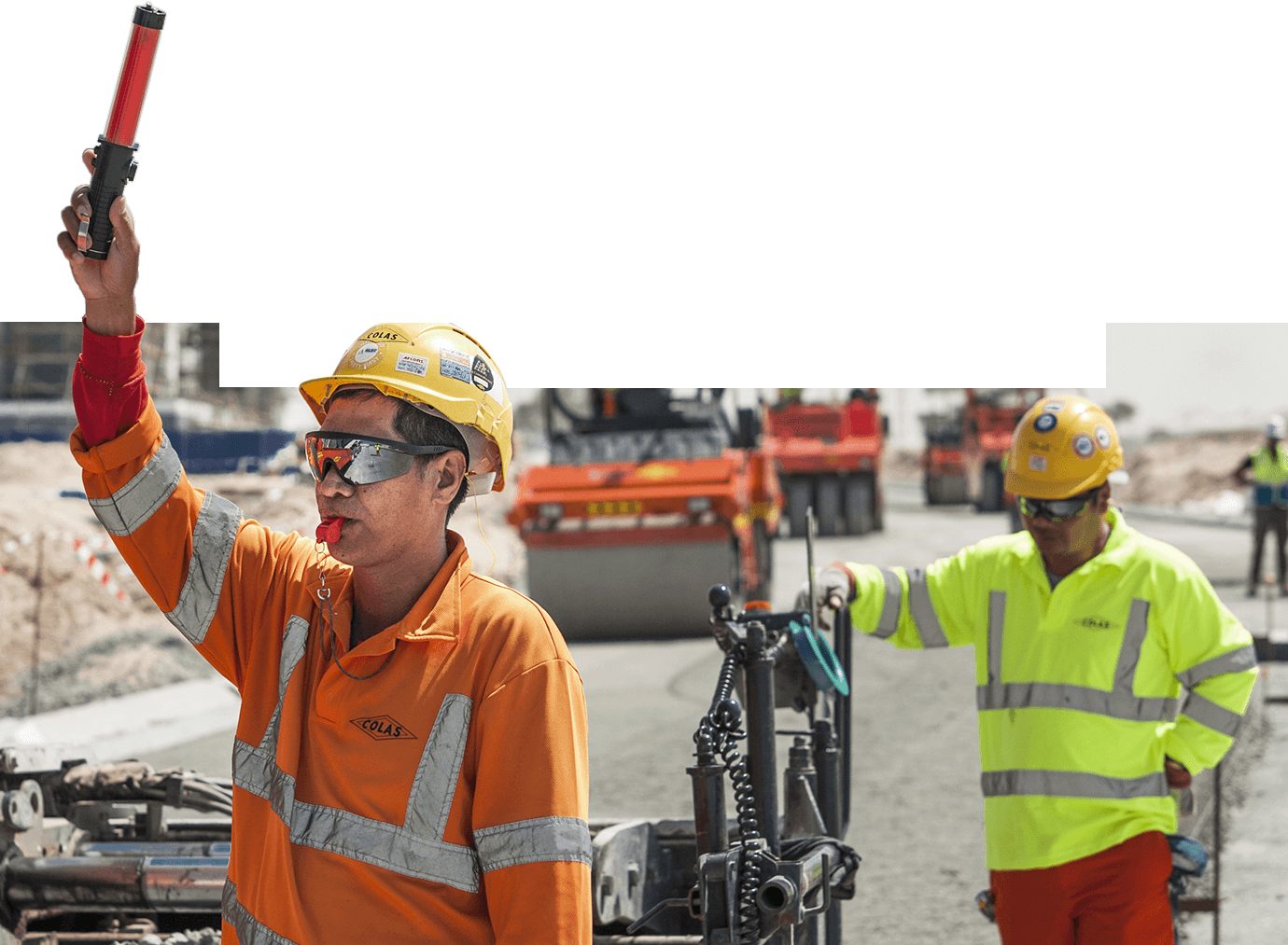 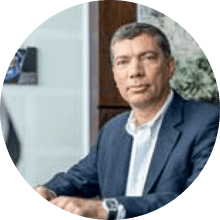 The objective was to establish a presence in the Middle East, which has a dynamic civil engineering and infrastructure market. In these very competitive countries, it is easier to develop business by building on an existing player. There is a lot of commercial potential in the markets where we are present now – the United Arab Emirates, Qatar, and Oman – not to mention that Colas Middle East is also an ideal bridgehead to capitalise on external growth opportunities in the surrounding countries.

What have you done at the company so Far?

Besides changing the name from Tarmac to Colas and rebranding the equipment with our colours and logo, we have focused on maintaining the profitability of our niche market at Abu Dhabi and on developing it at Dubai and in the Northern Emirates. We have structured the sale of aggregates from the Shawkah quarry and taken steps to increase synergies between the entities, the countries, and the Bouygues group.

What are the results of this acquisition so far?

This acquisition in Colas’ core business is very promising. Our teams are motivated by a desire to win contracts in new markets like northern Qatar, the city of Salalah, and the port of Duqm, in Oman. And even in Saudi Arabia and Iran later on. We have had a good first year.