Every day our talents push their limits and enhance their skills whilst meeting personal and collective goals that take them well past their comfort zones. Elodie, Valéry and Isilda didn’t hesitate to take up new challenges. In their own words.

Since joining the Group in 2008, Élodie has changed job and sector several times. Currently a Development Manager at Linkcity, a subsidiary of Bouygues UK, this determined young French woman is making positive waves across the Channel in student housing construction projects.

Meeting challenges from the outset

With her ESTP engineering diploma, nothing suggested Élodie might work in sales, or even less in property development. Nonetheless, it was within the teams of Rénovation Privée that she rose to her first major challenges. First, she found herself in charge of the sales phase of an extensive renovation of a Paris town house for a private customer. "This was a very prestigious €48-million project, with very demanding architectural specifications!". Shortly afterwards, she took part in the tender process and contract negotiations for the renovation of Hôtel de Crillon in Paris. "I was fortunate to be able to work on ambitious, technically-complex projects and entrusted with positions of responsibility very quickly. This was a highly enriching experience for me and every day presented its own set of new challenges."

Meeting a new challenge in the UK...

Having obtained wide-ranging experience in Paris and London and built up a solid base of technical and sales expertise, Élodie joined Linkcity UK, the group’s first subsidiary to develop its own student housing brand called “Uliving”. At Uliving Élodie works as a property developer. She explains: "My position at Uliving demands a varied skills set. Raising the brand’s profile is essential since it will strengthen our position on the market and enhance our reputation as a key player amongst students and universities. I manage not only the legal, financial, and marketing aspects but also the architectural and technical ones. We also define the services provided to students (facility management, property management and the student experience), always keeping in mind the importance of constant innovation to stay one step ahead of the game!".

...and learning how to blend into a new culture

As a French woman within a British team, Élodie is grappling with a new personal challenge, that of adopting rules very different to those she was used to in France. "People communicate in a totally different way here. My customers in the UK are universities or private investors. In order for me to be credible as a French person in a British environment I need to understand and integrate the rules of how to communicate with them." Within the company, she also has to adapt to an organisation that stresses cross-disciplinarity. "We use mentoring as a form of learning and to pass on skills."

Élodie recently took up a new challenge for Uliving: working with a private investor to develop student housing that is rented on the private market. "We have just signed our first contract as part of a partnership with an American investor, under the terms of which Bouygues will be the developer, builder, operator and shareholder. This is a totally new approach and one that holds huge potential!".

Élodie notes that, unlike other companies, the need to meet new challenges and push into uncharted territory in order to stand out from the competition is part of Bouygues’ genetic make-up. "It prompts us to innovate and constantly push back existing frontiers. It’s a process that makes every project different from the last ..."

Managing procurement for projects around the world

As the Purchasing director for Spac (the networks subsidiary of Colas) with 25 years in the Bouygues group under her belt, Isilda Josso is no stranger to challenges. Today, her focus is on international markets, as she develops her company’s export activities.

Making her mark in a male world

Back in the 90s, procurement within the Bouygues group was still in its infancy. Nonetheless, this is when Isilda developed her expertise in purchasing. She didn’t choose the easiest path either, joining Bouygues Offshore, the Group’s former oil services subsidiary. "I’ve often asked myself why I accepted that job! I was one of the rare women in a world dominated by men and engineers, and we were working in a hostile environment, often in countries affected by geopolitical tensions." But she refused to be discouraged and, buoyed by the support of her colleagues and her own perseverance, she successfully completed missions both in France and abroad. She took part in large-scale projects like the construction of an FPSO (floating production, storage and offloading unit) and gas terminals. The last one was the Canaport LNG terminal in Canada, where she relocated to live with her family for three years.

When Isilda arrived at Spac, new commercial imperatives were pushing the company to restructure with an eye on new horizons. To achieve this, the company needed to set up new departments such as purchasing, but also to create a matrix-style organisational structure. Steering the company smoothly through these changes while developing its business activities was no mean task. But Isilda’s strong ability to adapt and her perseverance enabled her to motivate her teams and strengthen the link between operational and support staff. The aim is to ensure the successful completion of ambitious projects that make Spac an acknowledged leader in the network construction sector. Her current challenge is to develop the company’s export activities by forging partnerships with overseas subcontractors and suppliers.

Apply for these jobs! 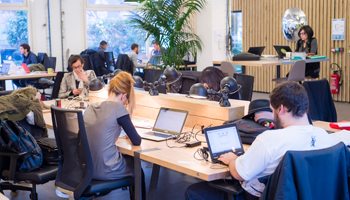 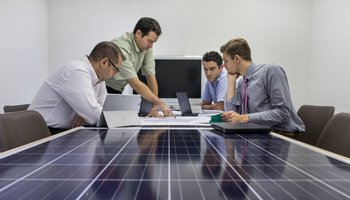 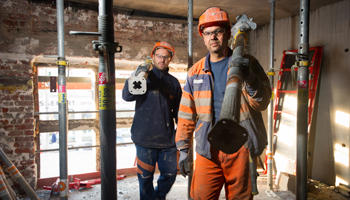