The Bouygues Asia office in Tokyo assists the Group’s businesses in developing their activities in Asia. Two years ago, this subsidiary created Place2B, a partnership accelerator for startups and small/midsize companies that keeps it abreast of new innovations and in touch with businesses that want to investigate the Japanese market.

Not far from the bustling Shinjuku train station and the famous Shibuya Crossing, the Chiyoda district is home to the headquarters of several companies coming from the four corners of the world. This is where Bouygues Asia has installed its team, on the sixth floor of a building a few blocks from the Imperial Palace. “Our primary mission is to track innovations developed in Asiato give the Group’s businesses food for thought,” says Pierre Mustière, CEO of Bouygues Asia, a subsidiary of Bouygues SA. Japan, South Korea, China, Taiwan, Hong Kong, Singapore… the company covers a vast market, meaning that Stéphanie Ayusawa, the French-Japanese woman recruited by Bouygues Asia in 2016 as a market analyst, has a big job. “I organize monthly briefings with Bouygues Telecom and TF1 to give them detailed reports on trends in the Asian market. Some of the main subjects right now are 5G, voice assistants, and various artificial intelligence applications.” Bouygues Asia has now added the organization of study trips to its portfolio of activities. The idea is to set up meetings between executives from the Group and major players in Asia like the BATX (Baidu, Alibaba,Tencent, and Xiaomi), the equivalent of the GAFA in the United States. “Since its creation in 2002, Bouygues’ Japanese subsidiary has diversified considerably,” notes Mustière. In 2014, it became a legal entity incorporated under Japanese law and took the name Bouygues Asia.

Noon on the dot. The employees at the headquarters of Seven & i Holdings in Chiyoda take a short break and go around to one of the sushi bars in the neighborhood. At the entrance to the building are twelve Wattway photovoltaic panels that were laid there in late 2017. It was two years earlier, at the time of the COP 21, that Seven Eleven Japan learned about the Wattway system developed by Colas. Bouygues Asia opened talks with the Japanese giant, which has 21,000 points of sale across the country. A team from Colas then came to Japan to develop the Wattway business. At its head was Carole Naganuma, a former Bouygues Asia employee: “Japan is seeking to increase its share of the renewable energies market and wants to put in place local energy production and storage capacities to cope with the increasingly frequent power outages when there are typhoons.” It looked like a great opportunity for Wattway, which wants to penetrate the self-consumption market. The next step was to increase the number of local partners to reduce installation costs and reassure customers who want Western companies to adapt to the Japanese market. 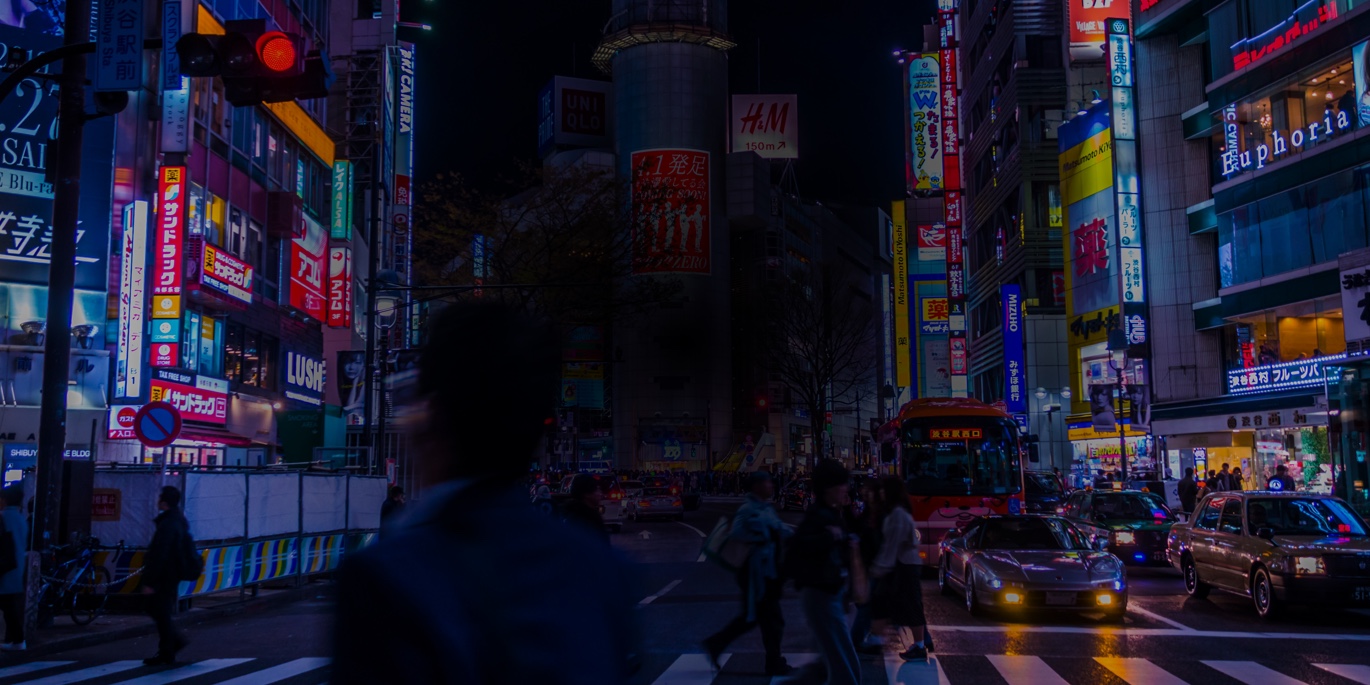 “Large companies are locomotives
that help startups and small and
midsize businesses gain a foothold
in the country.”

There’s an after-work mood at Place2B, Bouygues Asia’s partnership accelerator for startups and small/midsize companies. About forty guests are on hand this Wednesday evening to hear talks about the future of retail trade. They chat in Japanese, French, or English while having drinks and nibbling snacks and pizza. “Welcome to Place2B!” An enthusiastic Samir Bennafla, innovation and business development manager at Bouygues Asia, greets everyone before the talks begin. Place2B seeks to bring together people from the new technologies sector in an easy-going atmosphere far different from the regimented environment typical of Japan’s corporate world. Sofas, game consoles, meeting room, a coffee area… the space is organized to be both productive and relaxing. “We set this place up with the means at hand,” says Bennafla. “We did the website, the commercial stuff and installed the offices to be able to offer a location conducive to creativity.” The objective of Place2B is to create bridges and opportunities for French entrepreneurs who want to penetrate the Japanese market and vice versa. Subscriptions to rent office space and attend the monthly after-work events are offered. “This place also forms a link between entrepreneurs and the Bouygues group in the realm of open innovation,” adds Bennafla. Thanks to Place2B, the startup Biodatabank was put in touch with Bouygues Construction. It is developing bracelets with sensors that register internal body temperature – an idea that appealed to the Bouygues subsidiary, which has offered to support R&D and distribute bracelets at its worksites in countries with hot climates.

Place2B is one of French Tech Tokyo’s favorite places to hold meetings for its members. This French government- sponsored organization present in 47 cities around the world promotes French startups in international markets. “Our role is to pass along our knowledge of the country and our  address book to companies that want to get started there,” explains Frédéric Nouel, co-president of French Tech Tokyo. The stereotypes of Japanese culture do indeed die hard sometimes. Although Japan has the reputation of being insular, it is becoming more open to other cultures. A year ago, a special department was created in the Japanese government’s external trade organization to promote innovation.

“We work with foreign companies like Bouygues to encourage open innovation in the country,” says the department’s director, Yoshida Yugo. Japan is at a crossroads right now. It must find solutions for the demographic crisis brought on by its ageing population. Thirty percent of Japanese are over 65, which explains the surge in innovations in the healthcare, mobility, and home electronics sectors – a trend that means opportunities for Bouygues Asia and its startup incubator to support projects and companies with promising futures.

A COMMUNITY FOR ENTREPRENEURS

Created by Moeko Suzuki in July 2018, Startup Lady is a mutual support community for established and aspiring female entrepreneurs. It offers several training programs on leadership and the creation of companies. “The community shows women who want to start a business that anything is possible because others have done it before them,” says Suzuki.

The tastefully decorated offices call to mind the cozy atmosphere of an apartment in  the French capital. My Little Box Japan moved into this chic Tokyo neighborhood in 2013. Acquired by TF1 in 2018, it sells monthly subscriptions for boxes containing a variety of fashion and beauty products. Initially Paris-based, the brand is betting on the attraction that the Parisian lifestyle has for Japanese women. “Once a month, we aim to surprise our customers by bringing ,a Paris experience to their doorstep,” says Auriane Taschini, head of operations at My Little Box Japan. With its boxes priced at ¥3,550 (€29) per month, the upmarket positioning of the brand targets Japanesewomen between the ages of 25 and 35. Since it does not have a boutique, My Little Box Japan organizes events with partner brands in the “apartment.” The carefully chosen decor is an encouragement for guests.