In the educational field, the Bouygues group provides help for students in difficulty. The Cours Antoine de Saint-Exupéry school is based on the model of the Fondation Espérance Banlieues schools. The latter aim to curb academic failure and pass on the best of French culture to children from underprivileged neighbourhoods where there is a high rate of illiteracy and school drop-outs.

After Montfermeil, Marseille and Roubaix, Cours Antoine de Saint-Exupéry is the fourth school to be opened under the aegis of Fondation Espérance Banlieues.

Bouygues has supported the charity since 2016.

Corep (a centre for career guidance and psychological testing) was created by Spaeem
(a society for the protection of apprentices and children employed in manufacturing) to help young people to achieve their academic and professional goals.

Bouygues has provided financial support to the charity since 2011

The Endowment Fund for Equal Opportunity at School has for a number of years been providing support for the “Coup de Pouce Clé” scheme led by Apféé (a charity promoting equal opportunity at school).
The endowment fund aims to provide long-term support for any initiatives and actions that afford the ‘right to academic success for all’.

Bouygues is one of the founder members of the Féé Donation Fund for Equal Opportunity at School.

Bouygues has supported this programme since 2010. The aim of this charity is to encourage the practice of music in schools through initiatives that help to create, fund, develop and promote school orchestras

Bouygues has supported the charity since 2010.

Set up in 2000, the charity sends new books in French to Madagascar. The books are then distributed locally.

Bouygues has provided financial support since 2008. 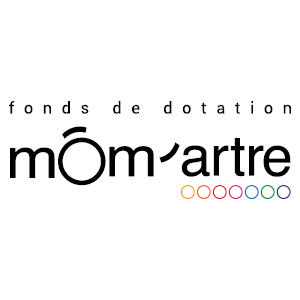 Fonds de dotation Mom’artre raises funds in order to support altruistic initiatives such as:
- contributing to the success of all children through education in the arts and, more broadly speaking, by widening access to culture and equal opportunities,
- helping families achieve a better work/life balance,
- providing all the education community with access to knowledge and teaching tools.