THE DAILY REINVENTION OF TMC

Event
2 min
14/09/2017
Television. In September 2016, TMC on channel 10 zapped its past with a move up to a more premium positioning, a fresh image, and original programmes. Here’s the story of the DTT channel’s successful “televised” revolution.

The moment of truth for the new-look TMC came at 7.10 pm on 12 September, 2016, when Yann Barthès and his team made their debut on DTT channel 10 with a new show called Quotidien. Since then, the casually dressed host has regularly run through the segments of the hour-and-a-half programme, which is broadcast live with a slight delay. Quotidien is a wide-ranging talk show during which Barthès and his team take a zanily humorous look at the issues of the day and poke fun at politicians and celebrities. The show’s segments have gained a cult following: an average of 1.2 million viewers tuned in every day, during the 2016-17 season, to watch Les Quatre Q, le petit Q, and La story d’Éric et Quentin. Each evening, Barthès interviews personalities from the worlds of show business, politics, and sports. 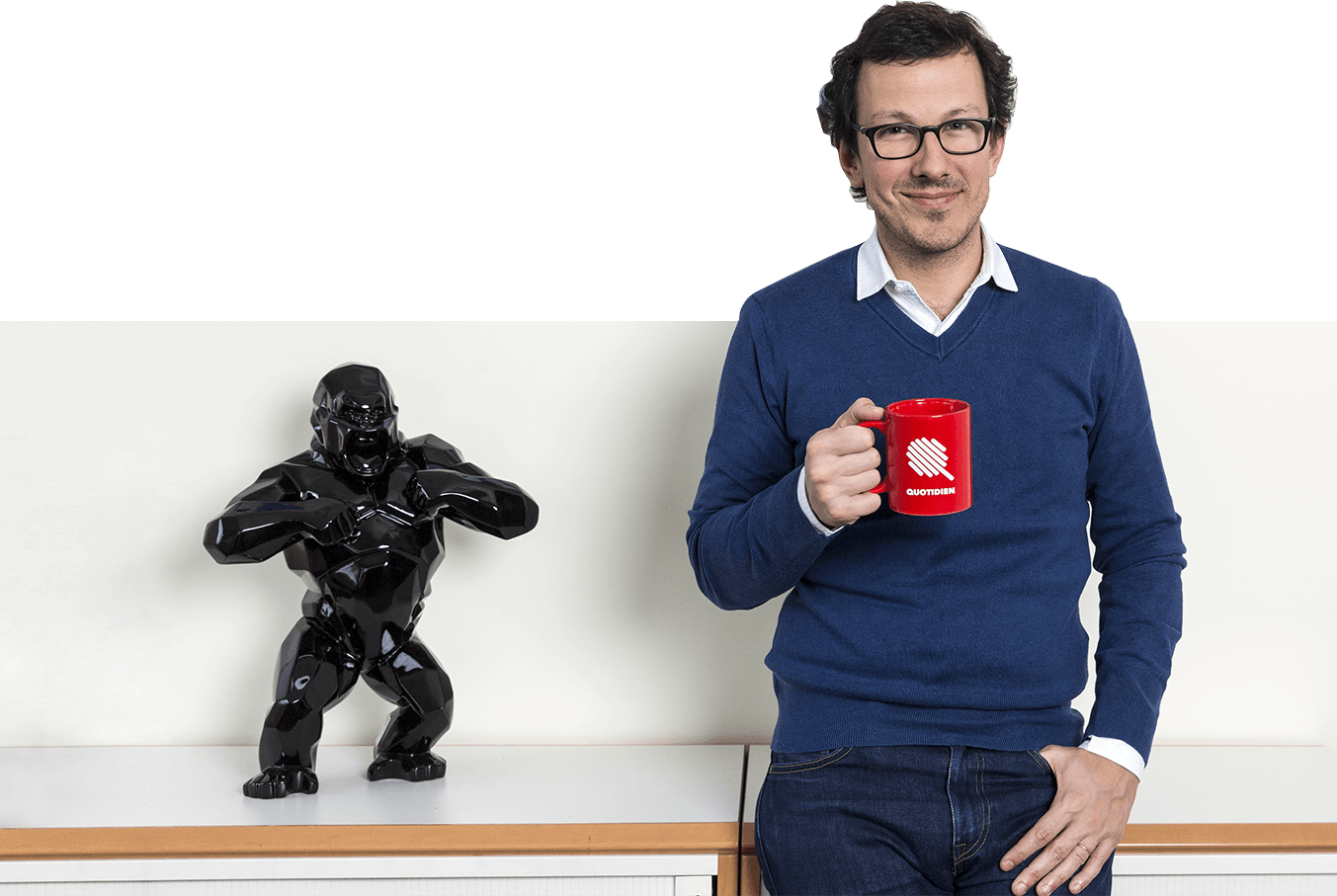 Musicians also stop by and perform live, with the music ranging from pop and electro to opera. A galaxy of new talent has emerged around Barthès on Quotidien, too, like Hugo Clément, who brings viewers up to date on the French political scene, and Martin Weill, special envoy to the United States since the autumn. Rounding out the gang are Vincent Dedienne and Nora Hamzawi, a new generation of comedians with often biting humour.

TMC has become the lively, dynamic channel that awakens the senses and sparks curiosity. But also a channel with a new tone of irreverence. “We wanted TMC to feature smart entertainment that would capture a demanding target audience” explains Xavier Gandon, Director TV broadcasting and digital. The programming around Quotidien has also got a complete makeover. Original series, US blockbusters, and independent films shown for the first time complete the renewal of TMC’s image. Success has been immediate. Audience numbers have shot up, with a 30- to 40-percent increase overall since the new programme line-up was launched and a 50-percent jump among viewers in the targeted higher social and professional categories (figures from the 2016-2017 season). The gamble has clearly paid off.

TMC’S AUDIENCE NUMBERS
(2016-2017 season)
The best season in 4 years: a 3.3% audience share.
audience share of 25-49 year-olds (the No. 2 DTT channel)
of the upper socio-professional categories (the DTT leader).
The all-time high for a DTT channel (excluding news channels): 4.7 million viewers for the quarter-final of the World Handball Championship between France and Sweden on 24 January, 2017 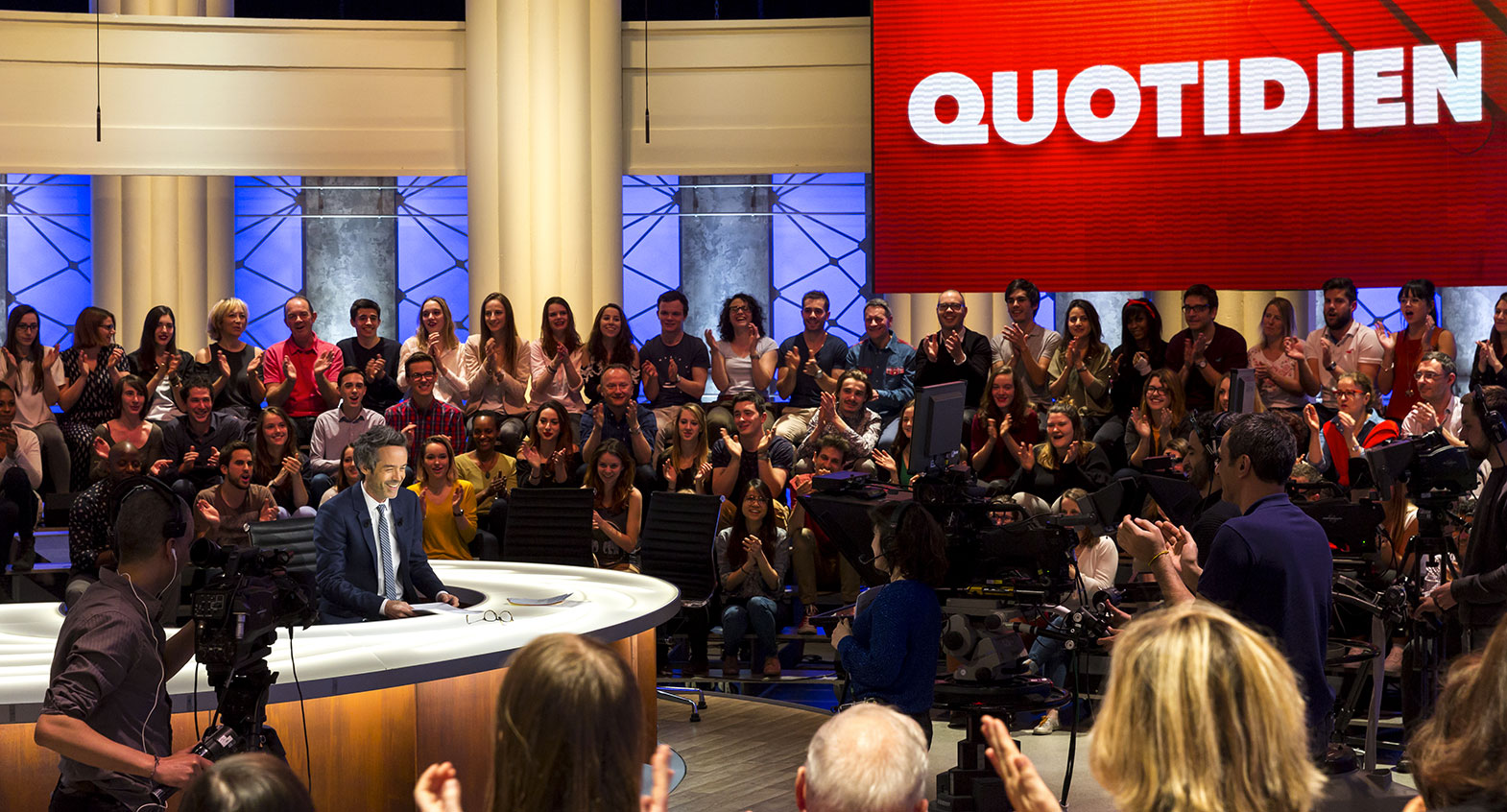