Winning contracts by proposing larger windows and overcoming technical hurdles, or getting children to draw the play area of their dreams... Bouygues Entreprises France-Europe subsidiary Losinger Marazzi counts not only on its know-how but also on its ability to rethink the way buildings are used, if not redefine it entirely. Cases in point are the renovation of the former Swiss Post Office headquarters building in Bern, known as the “Schönburg project”, and the setting up, at a very early stage, of an unprecedented participatory initiative for development of an eco-neighbourhood near Lausanne.
By Marie-Sophie Boissy 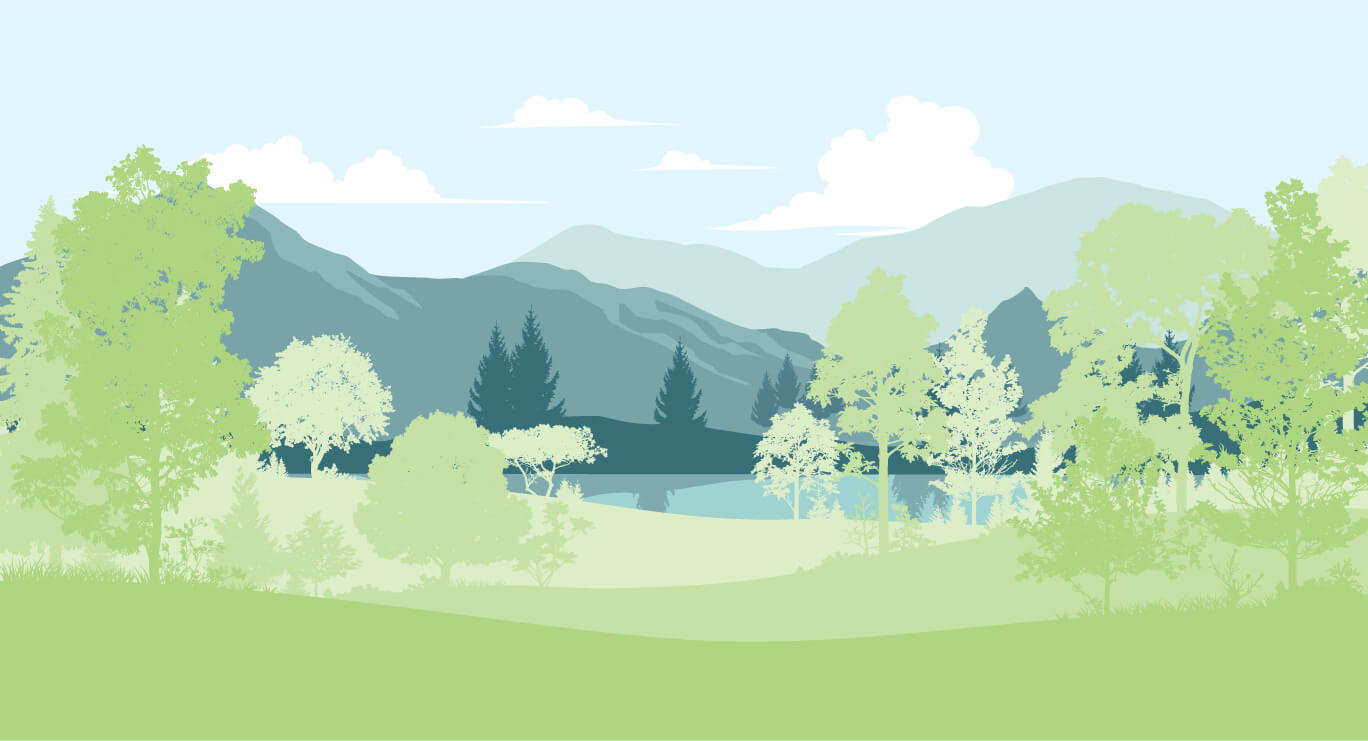 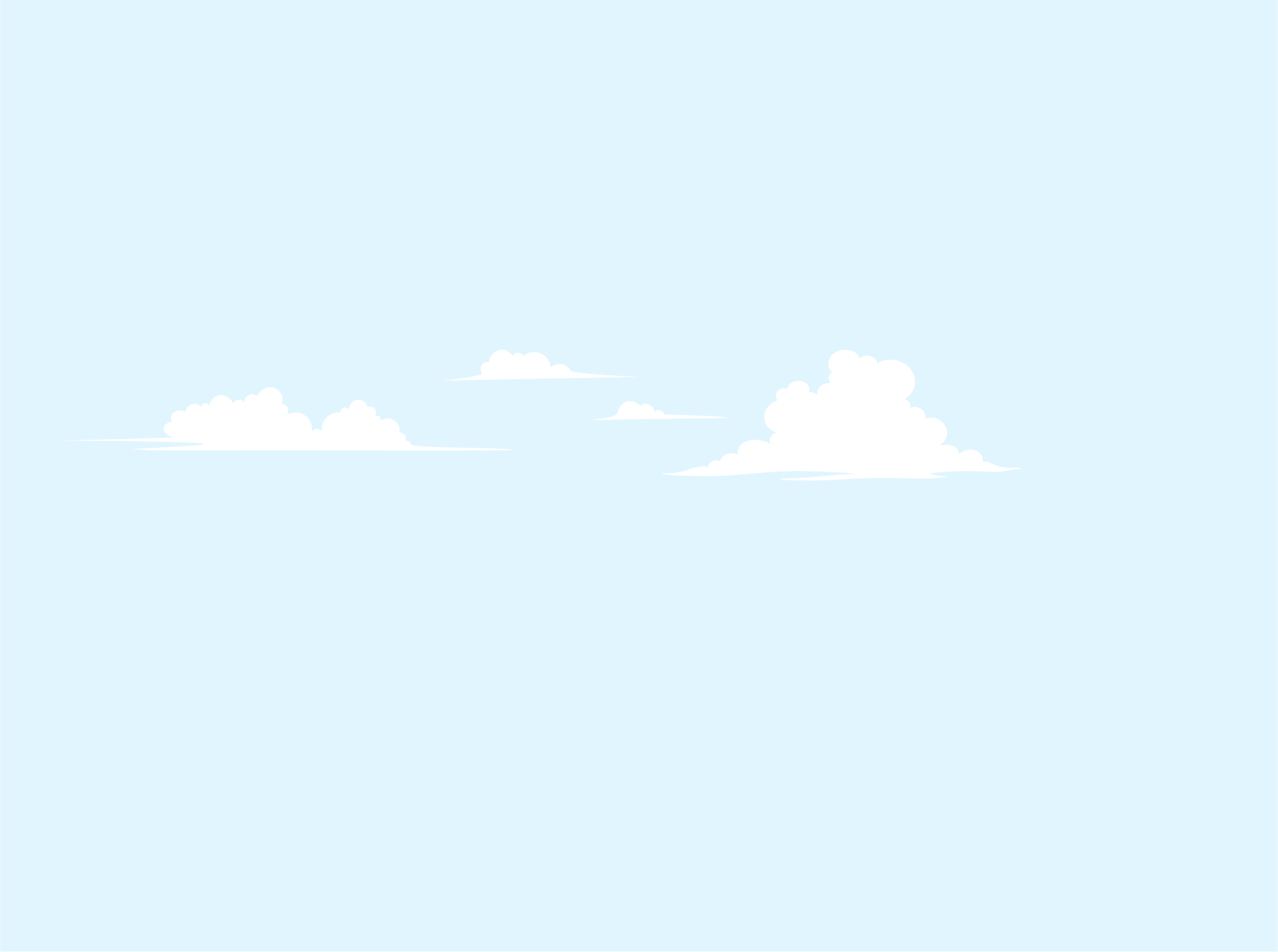 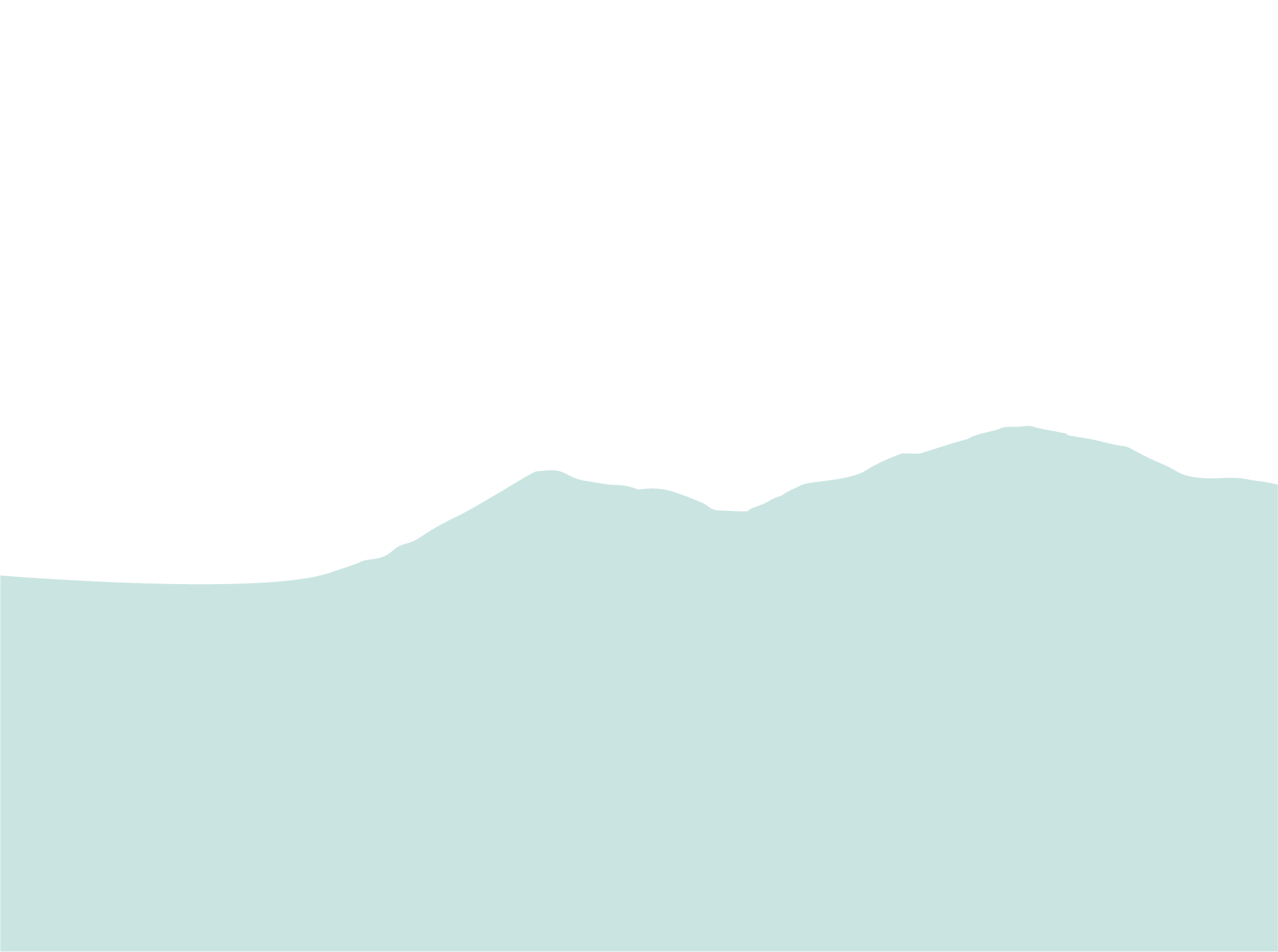 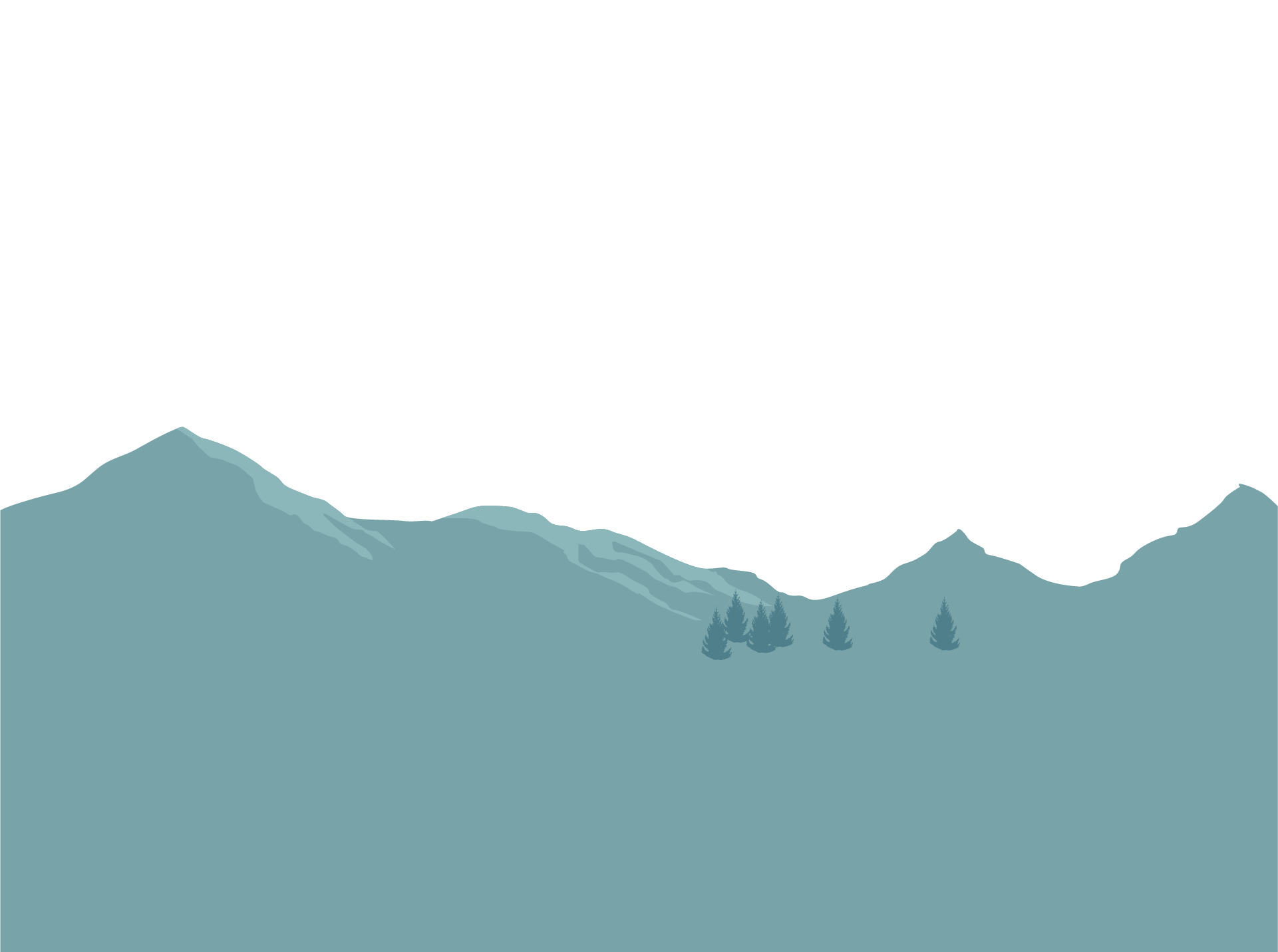 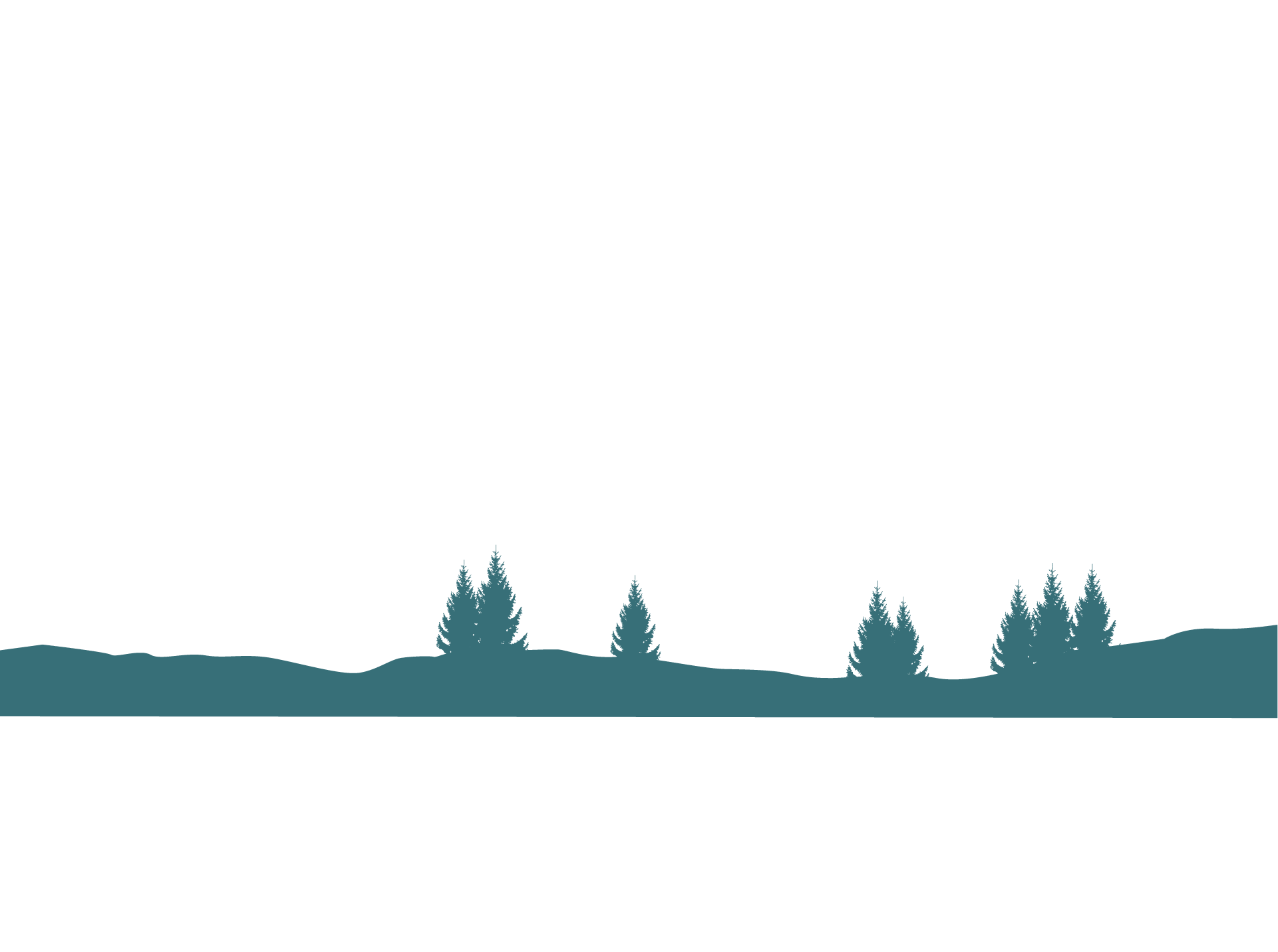 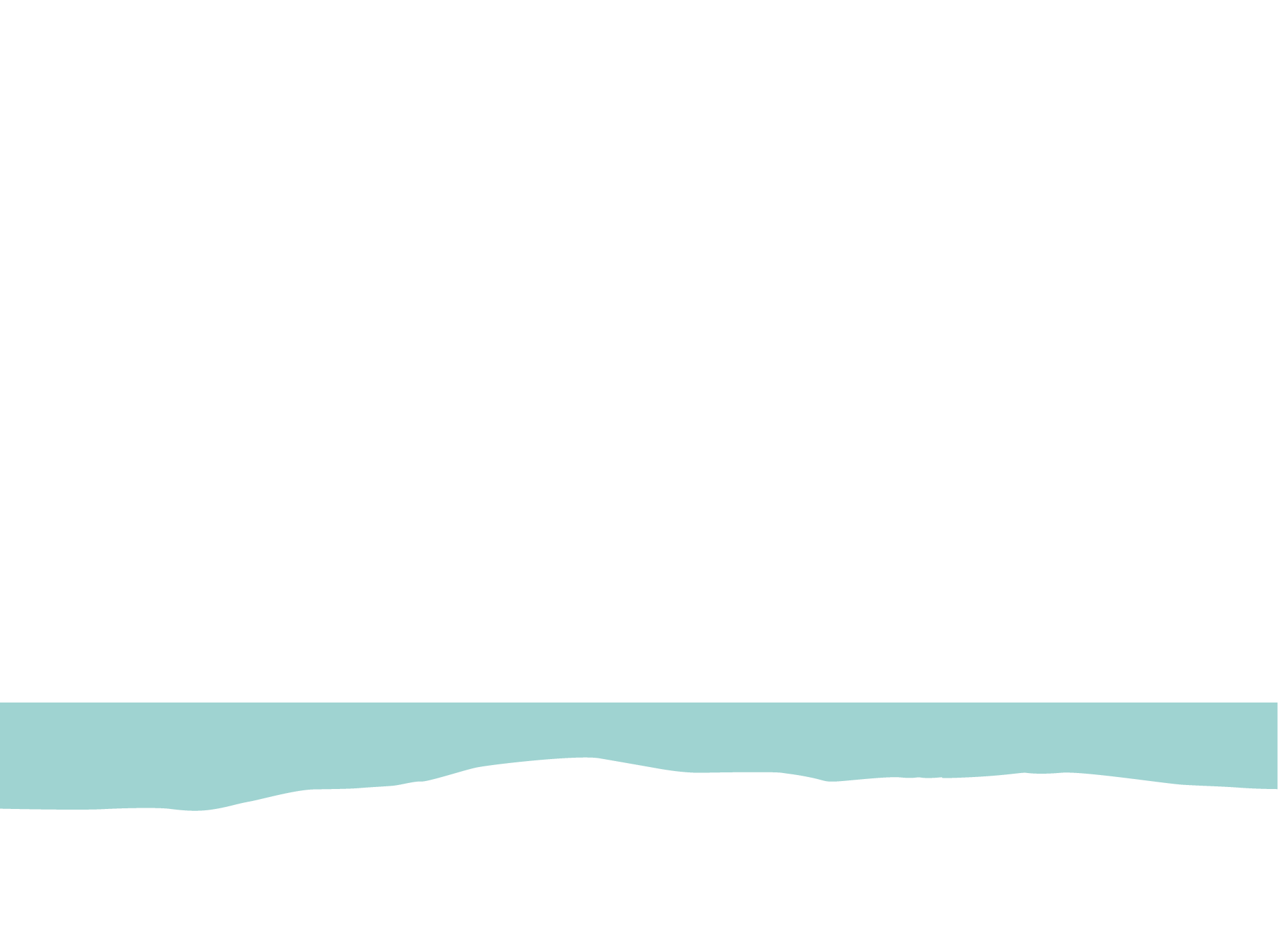 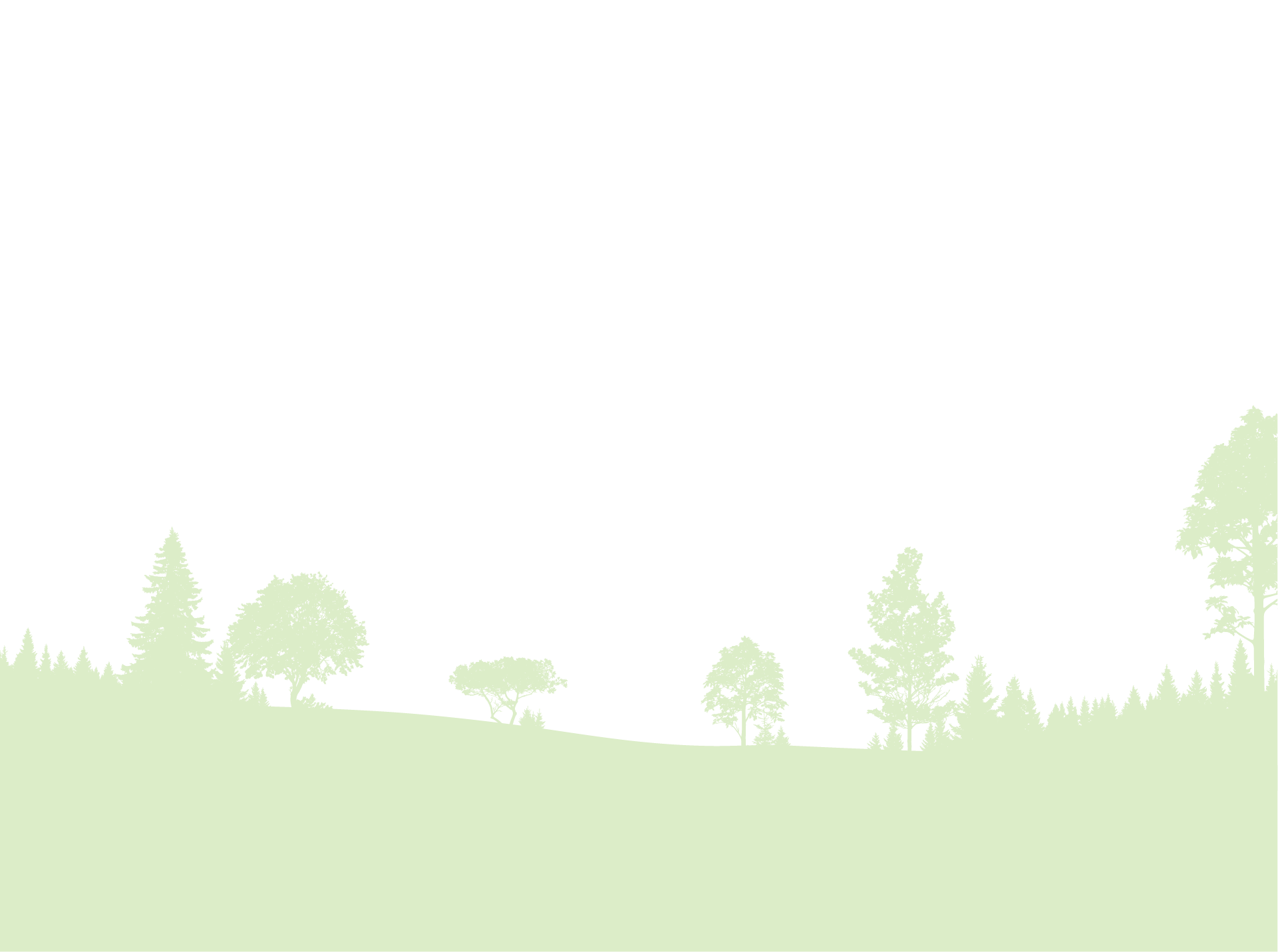 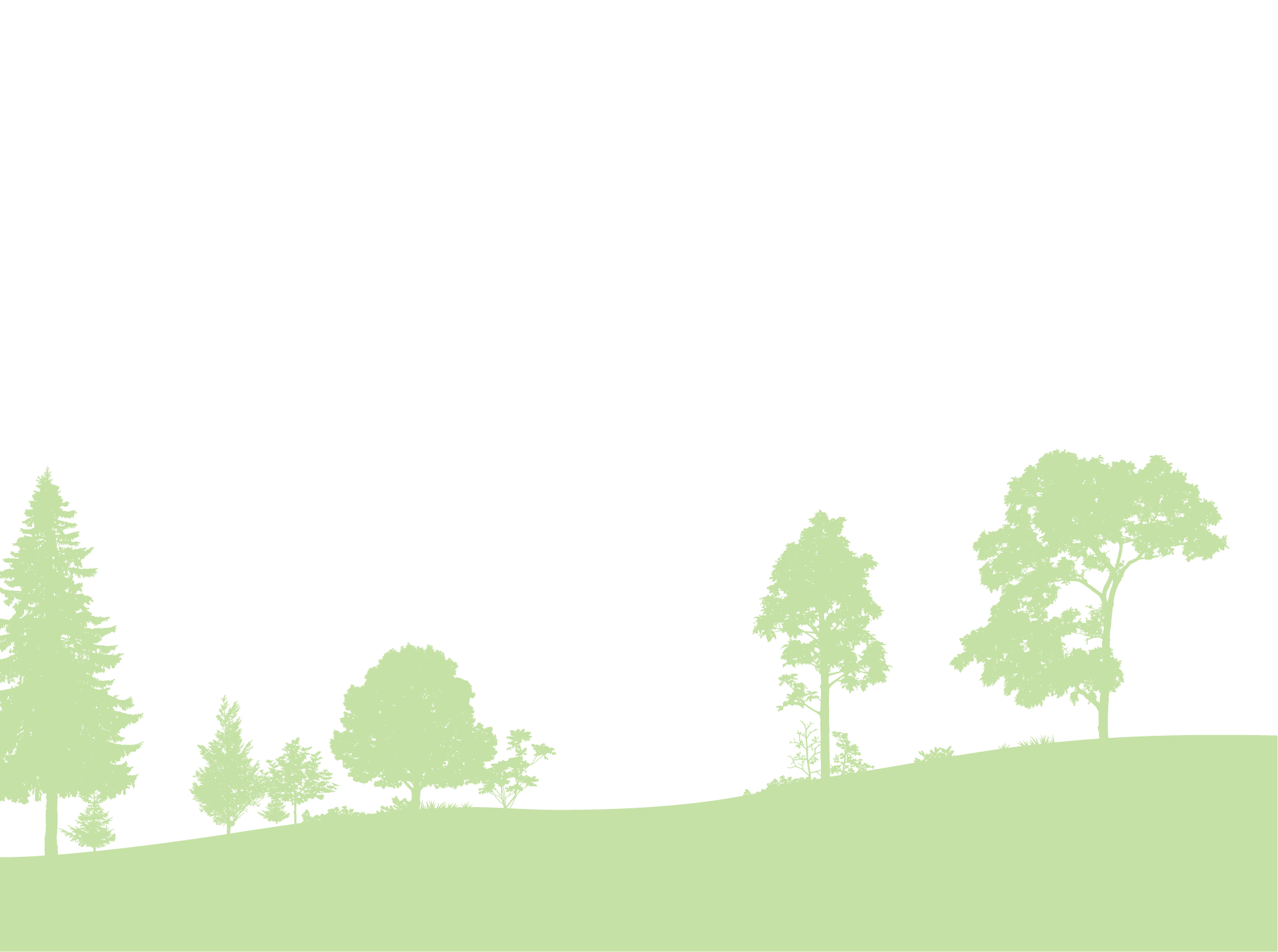 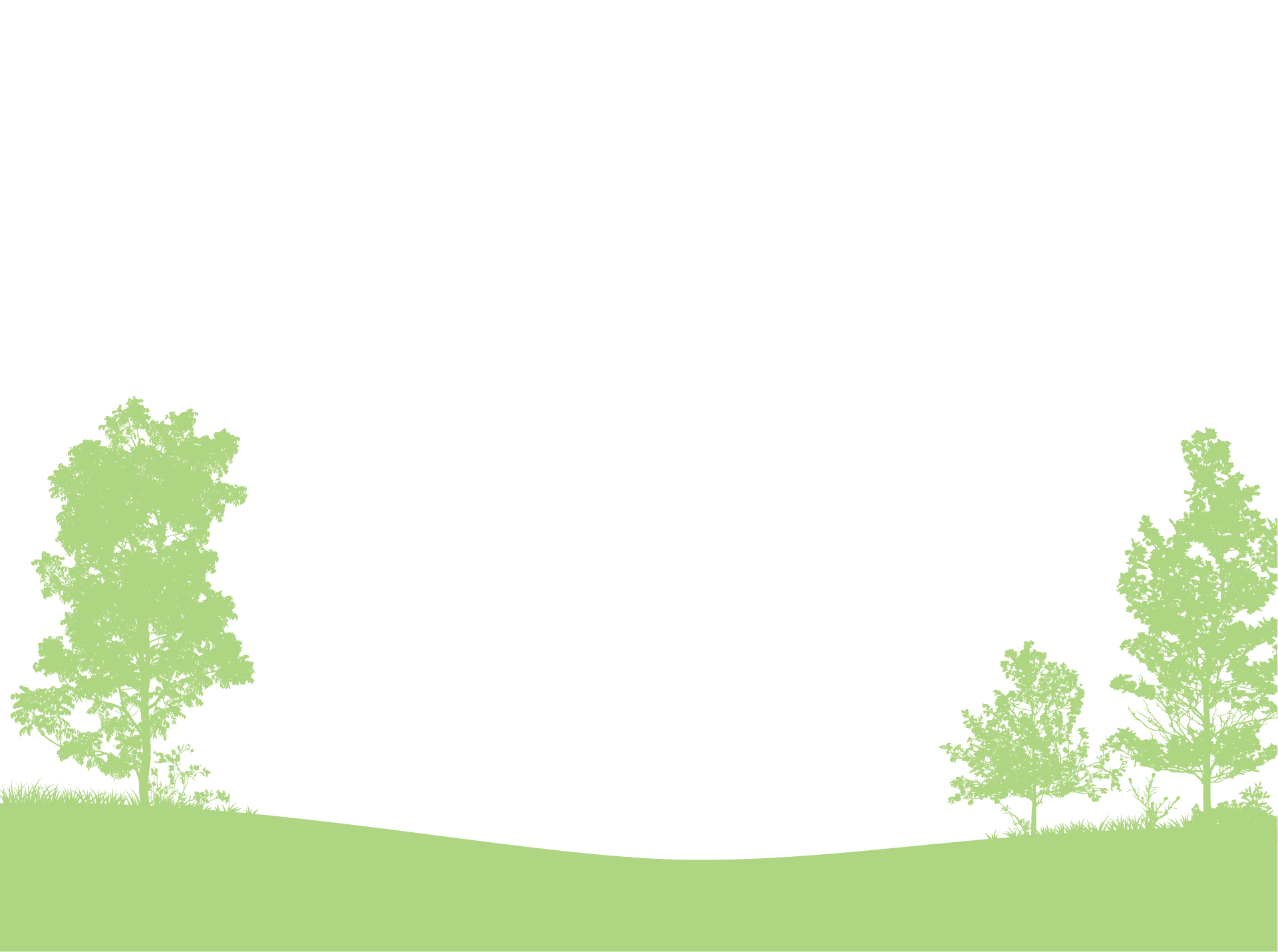 It will quite simply be the most stunning
rooftop view in Bern. 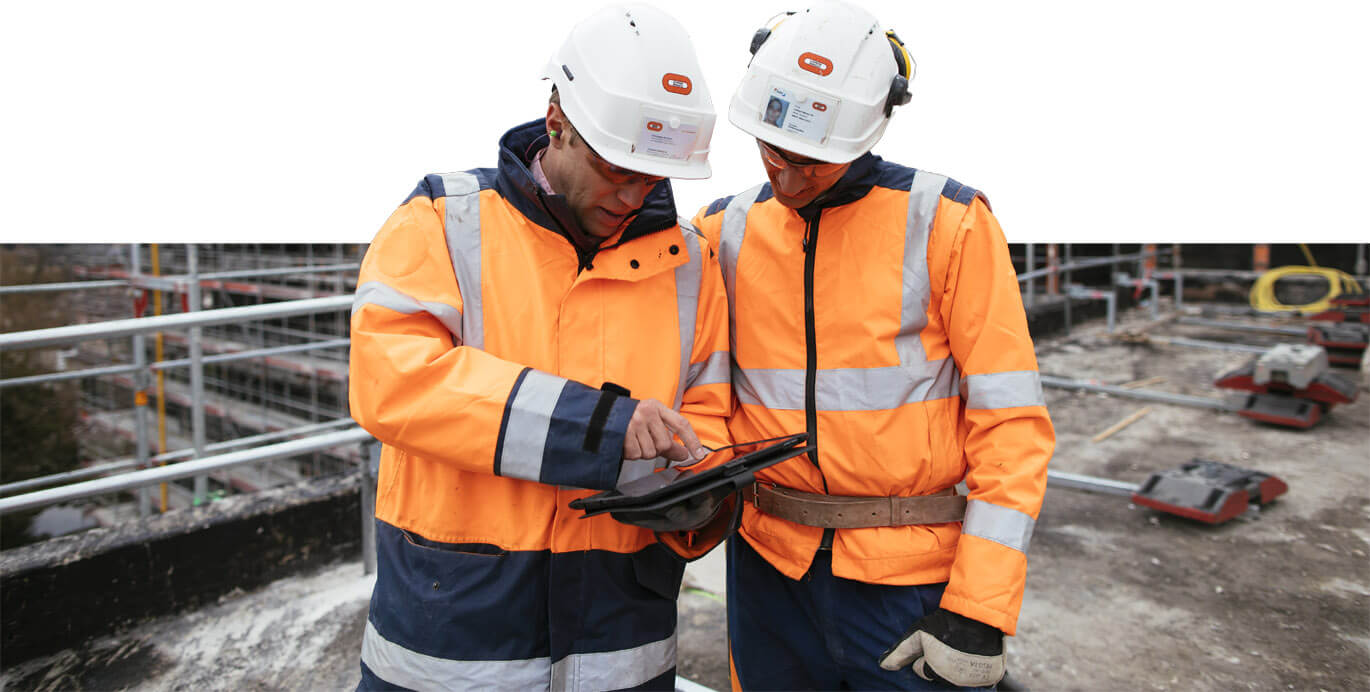 THE VIEW SHOULD
BE AMAZING

Aurélien Fontanges, in charge of the Schönburg project for Losinger Marazzi (subsidiary of Bouygues Entreprises France-Europe), extols the location: after naming the sparkling peaks that tower over the valley – Eiger, Mönch and Jungfrau, to name but the most celebrated – he turns to the orange-red tiles of the old city hemmed in by a loop of the Aar River, and points out the Federal Palace and the famous bear park where a few specimens can be seen frolicking on the grassy river banks.

We are enjoying the 360° panoramic view from what will be the rooftop bar on the eighth floor of the future 188- room hotel. We are also standing on the roof of an apartment building, for the other half of the 50,000-m2 former Swiss Post Office building will be converted into 142 premium apartments ranging in size from what the Swiss call “two-and-a-half rooms” (living room, open-plan kitchen, one bedroom) to 41⁄2 rooms. The X-shaped 1970s building that holds a special place in Bernese hearts also has an enormous carpark, a strength the customer wanted to retain, along with the same number of floors. That is why the choice fell on major structural renovation that will retain just the floor slabs and the columns that keep the building standing.

The switch from commercial premises to residential involves far-reaching change. For example, the lifts that, for a business, were grouped in central cores will be spread through the wings of the building, close to the apartments they serve. The most visible transformation concerns the enlargement of the windows.

“Apart from the price aspect, the fact that we had already worked for Swiss Prime Site Immobilien AG when we built Prime Tower in Zurich and the new ‘Espace Post’ postal headquarters in Bern Wankdorf, and that we gained them extra floor space with our proposals for optimising the design drawings, it was yet another innovative idea that swung the balance in our favour and won us the contract”, says Aurélien Fontanges. “Originally designed for an office layout, the façade comprised a succession of 35 cm-wide columns every 1.35 metres, leaving just one metre to let daylight into the building. We proposed and are currently building a new external post-and-beam structure using precast elements that enables us to widen the windows from 1.35 to 4.05 metres.”

For the new stair wells, concrete is being broken out by hydrodemolition (very-high-pressure water jets). A total of 15,000 tonnes of rubble has been removed in 12 months.

“It’s the biggest demolition project we have going at the moment”, says Simon Eggen, works supervisor with specialist contractor Diamantbohr. Up to 150 siteworkers from all aspects of construction will be active on the job at peak times. Amar Abdessamie, who is in charge of logistics management, is the only one of them employed directly by Losinger Marazzi, for the structural work is not being carried out by the company itself. Apart from windows close to 4 metres wide and views of the mountains and a sea of red roofs, the occupants of the apartments will benefit from recessed balconies, solid wood parquet flooring, and underfloor heating, not to mention airy headroom of 2.85 metres, more than the standard height. As for the hotel, it will be managed by German hotelier Prizeotel whose designer, American Karim Rashid, is famous for his fondness for extravagant shapes and colours. Tourists and residents will be able to enjoy their new “home sweet home” from the end of 2019. 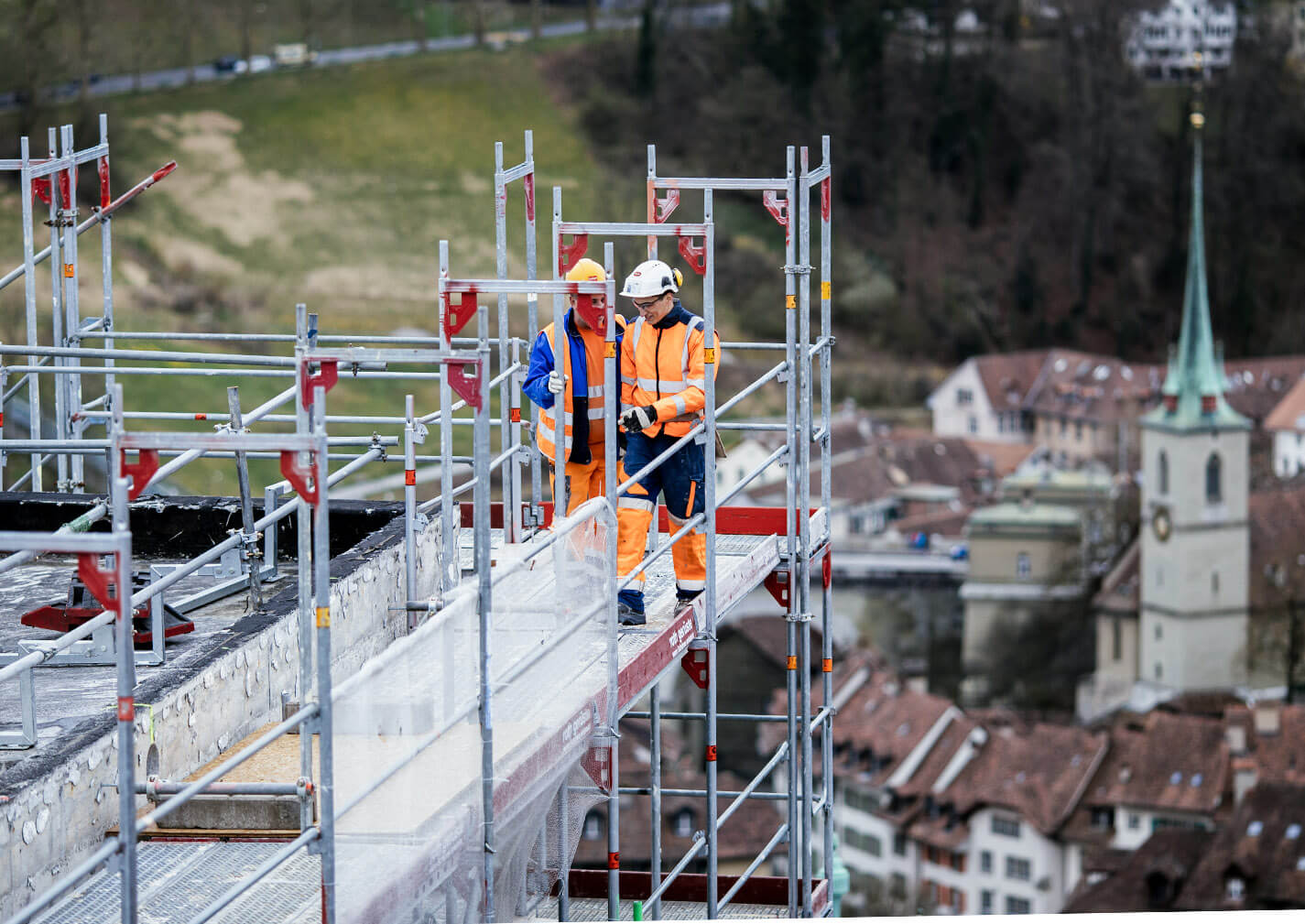 What we really liked about Losinger Marazzi’s bid : their suggestion of
eliminating the façade columns to
improve living space
and their keenness about BIM modelling.

They’re a very good partner to have
they meet cost imperatives and deadlines, and they can be
flexible.

On the other hand, at the end of 2019 work will still be in progress in Morges, west of Lausanne, just a few hundred metres from Lake Geneva and ten minutes on foot from the centre of this thriving town. For the moment, the future Églantine eco-neighbourhood is nothing more than a 4-hectare field where oilseed rape once was grown. Under development by Losinger Marazzi since 2012, the project had previously been impeded for ten years because of a complicated inheritance situation. “We suggested to the mayor that we undertake a large- scale participatory survey, explains Thierry Denuault, property development director for western Switzerland. Especially because civic feeling is very strong in Morges and because we had just emerged from a high-rise construction project in Lausanne that was thwarted by local residents.”

The aim of the initiative was to get neighbourhood residents deeply involved from the earliest possible moment in order to work out the project together and ensure it is acceptable to the greatest number of people. The team therefore suggested that the town council bring the Equiterre association on board. Local residents, organisations, lobby groups, parish associations, and local political parties were consequently invited to attend a number of Equiterre workshops during the winter of 2014-2015.

“We got the ball rolling by asking participants for a rundown of the current position, says Claudia Bogenmann, Equiterre member. That got things off their chests. Then we asked them to imagine their ideal neighbourhood. Finally, we got them thinking inside the box – the number of apartments, for example, things that were already decided, in fact – so no one was left frustrated.” 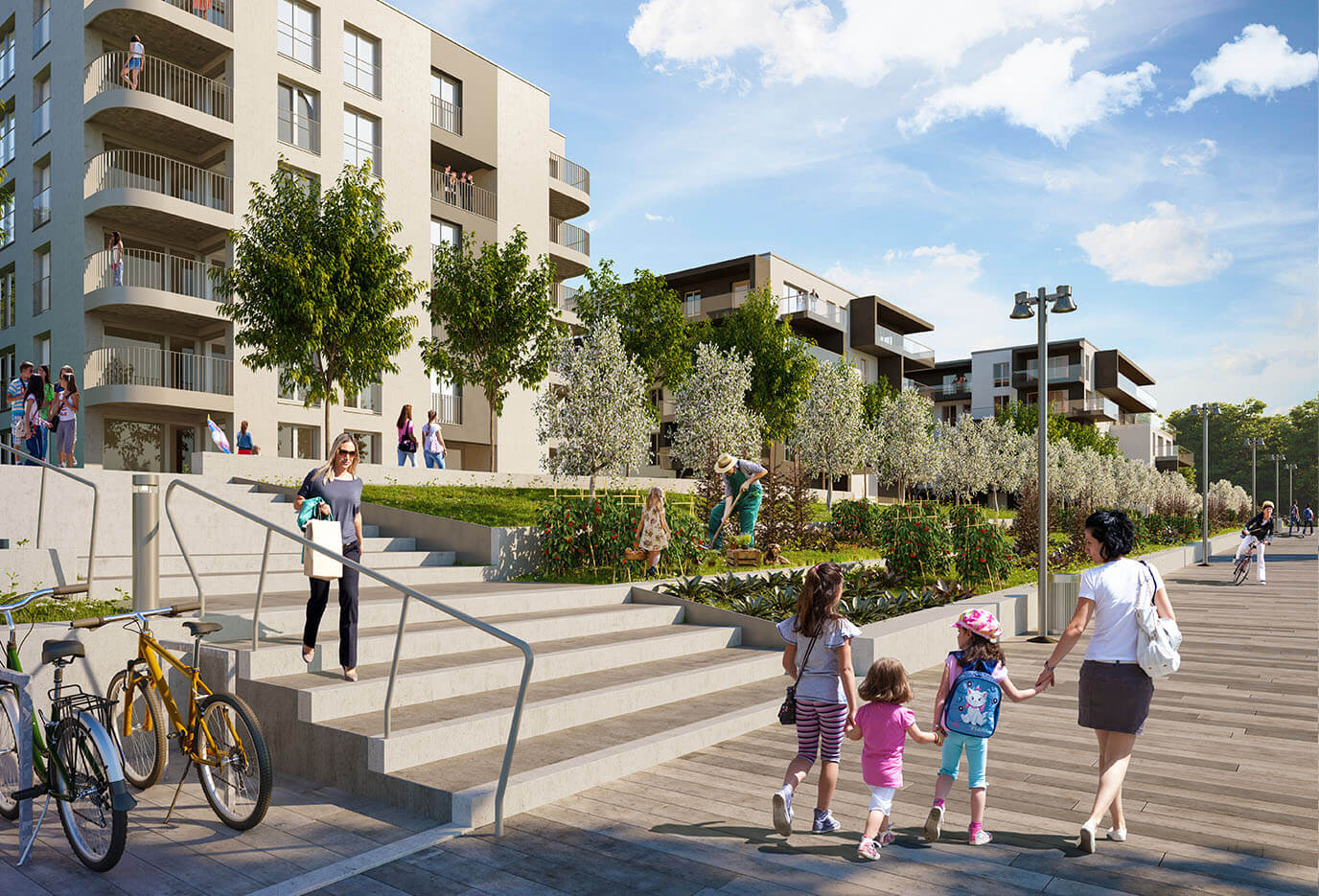 With the Églantine project, Losinger Marazzi will contribute towards the creation of the new SNBB energy-efficiency label for entire neighbourhoods. 82% of the energy consumed will be generated from renewable resources (ground- source, solar panels, heat recovery from wastewater).

A mobile app for the entire Églantine eco- neighbourhood will be developed. Not only will it track energy consumption in real time, but it will also enable residents to publish adverts, for instance.

One cold Saturday morning in February, a “safari” was even organised on the site so local residents could get to know the lie of the land. And children were invited to draw their future play areas.“Here in Morges, it was the first time we have worked together with Losinger Marazzi for a design-and-build project”, says the town’s mayor, Vincent Jaques. “ This intensely concerted action led the project to maturity and put a finger on sensitive issues like the height of buildings and, above all, mobility, which crystallised discussions. We’re therefore going to build a new roundabout to keep traffic moving, as well as more cycle and pedestrian paths.”

“All things considered, the demands of the hundred or so local residents in attendance were very reasonable, adds Thierry Denuault. Footpaths to take advantage of the exceptional landscape, shared vegetable garden and orchard, a climbing wall, swings, trampolines, a field for playing football, car sharing and self-service bikes, coloured buildings, varied and greened architecture, for example...”

Five architects, including Jean-Michel Wilmotte, will design the buildings.“We also took inspiration from the Eikenøtt eco-neighbourhood in Gland - it too was built by Losinger Marazzi – as regards the groundoor premises on the public square that are intended for non-profit activities”, points out Thierry Denuault. “ They will not be subject to the usual profitability requirements, and could accommodate a tea room, for instance, something that helps generate good neighbour relations. They will be managed by a network of volunteer apartment owners.” An exhibition and debrief session were organised the following March to announce the “desiderata” that had been accepted. A website, Morges Dialogue, has also been created for the duration of the project. “We’re not necessarily expecting there to be no opposition, concludes Claudia Bogenmann. The point is that we are here to bring any possible conflicts to the surface and resolve them together.”

It is vital to have a framework, a box, so people understand that although they will be consulted, not all their desires will necessarily be met. To be convincing, this initiative must take place before the statutory public enquiry and must continue throughout the construction period, with the future occupants. 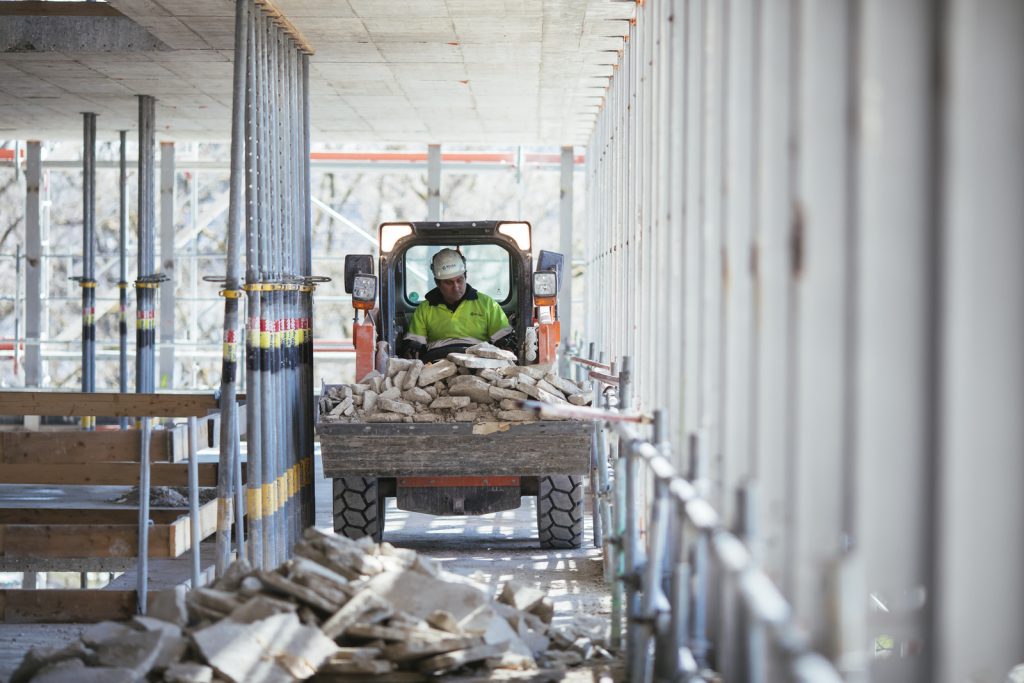 Losinger Marazzi enlarged the windows of the former Swiss Post Office HQ building in Bern by replacing the existing columns with more slender precast supports: it is this design variant that swung the choice of contractor. 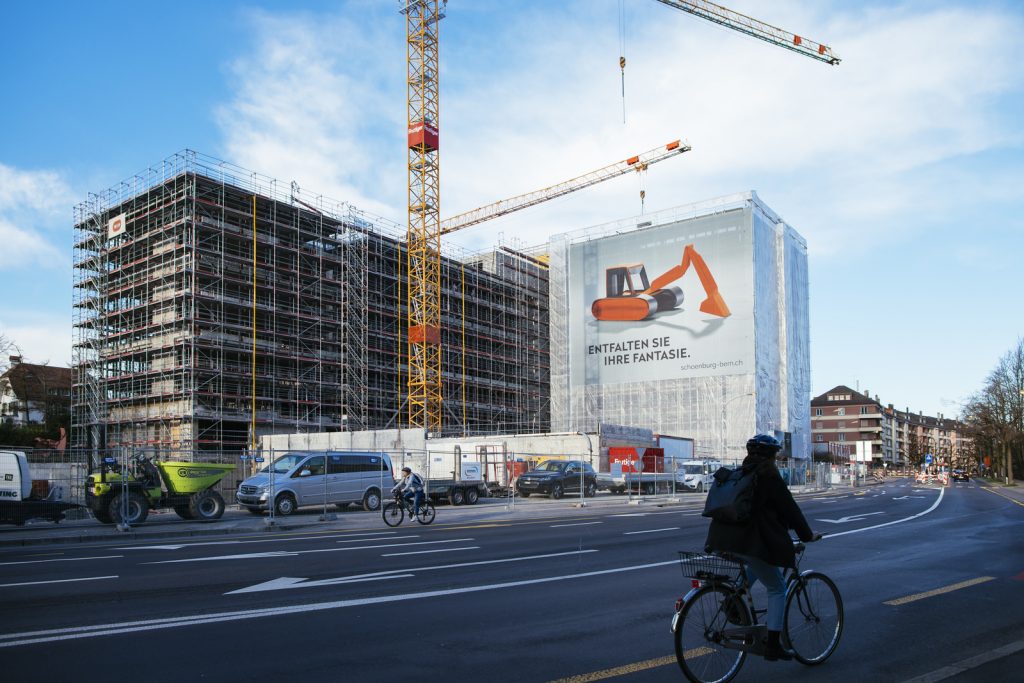 The former Swiss Post Office HQ building in Bern is becoming a hotel and high-end apartments. 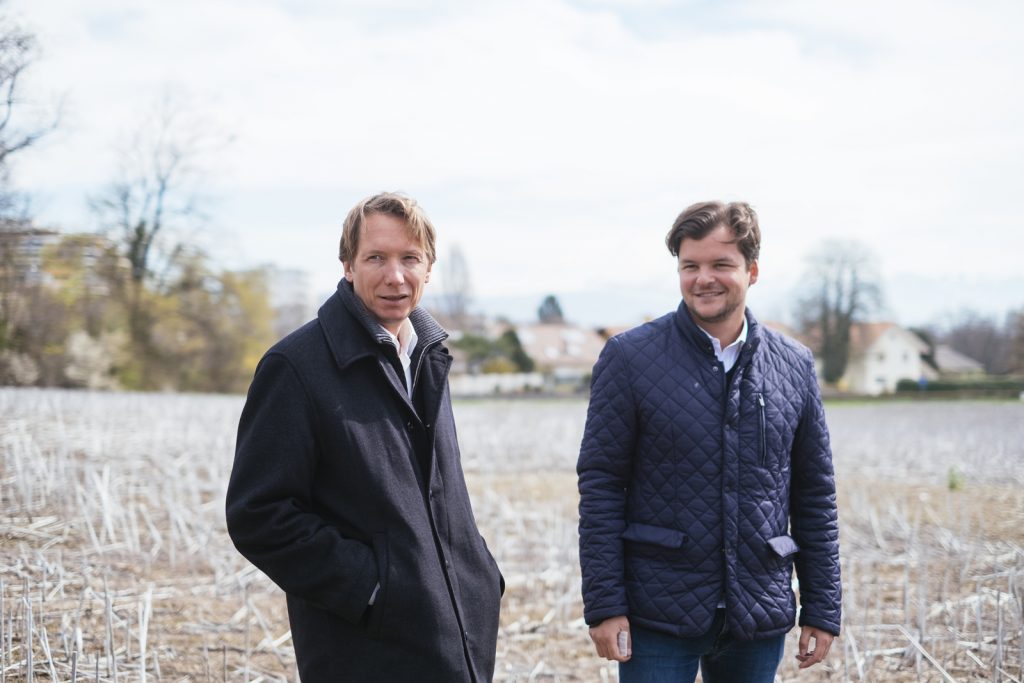