To aid in its digital transformation, Bouygues Immobilier created a new committee of young staffers in the summer of 2017. Called the Comité Impertinent des Nouvelles Générations, or COMING, its role is to challenge the decisions of the company’s Strategy Committee.
By Marie-Sophie Boissy

It was an offer they couldn’t refuse. At least that was the reaction of some Bouygues Immobilier employees when management proposed they join a new strategy committee of young people. While it would be a recognition of their leadership, open-mindedness, and the relevance of their perspective, it would also call for a real commitment on top of their normal jobs. Twelve employees between the ages of 26 and 33 agreed to take on this mission, which they themselves would help define.

François Bertière, Bouygues Immobilier’s chairman, asked them to be bold; they have chosen to be irreverent! Coming from all of the company’s businesses and regions, they meet once a month for five hours to focus on a specific subject.Then two of them by turns present the group’s conclusions to the general management at the next Strategy Committee meeting.

COMING members also get together in smaller groups for discussions, applying their specific skills and new working methods like collective intelligence.They also rely on modern communications technologies: for example, Emilia Fatek, management controller at Bouygues Immobilier Polska, attends most of the meetings via video conferencing. 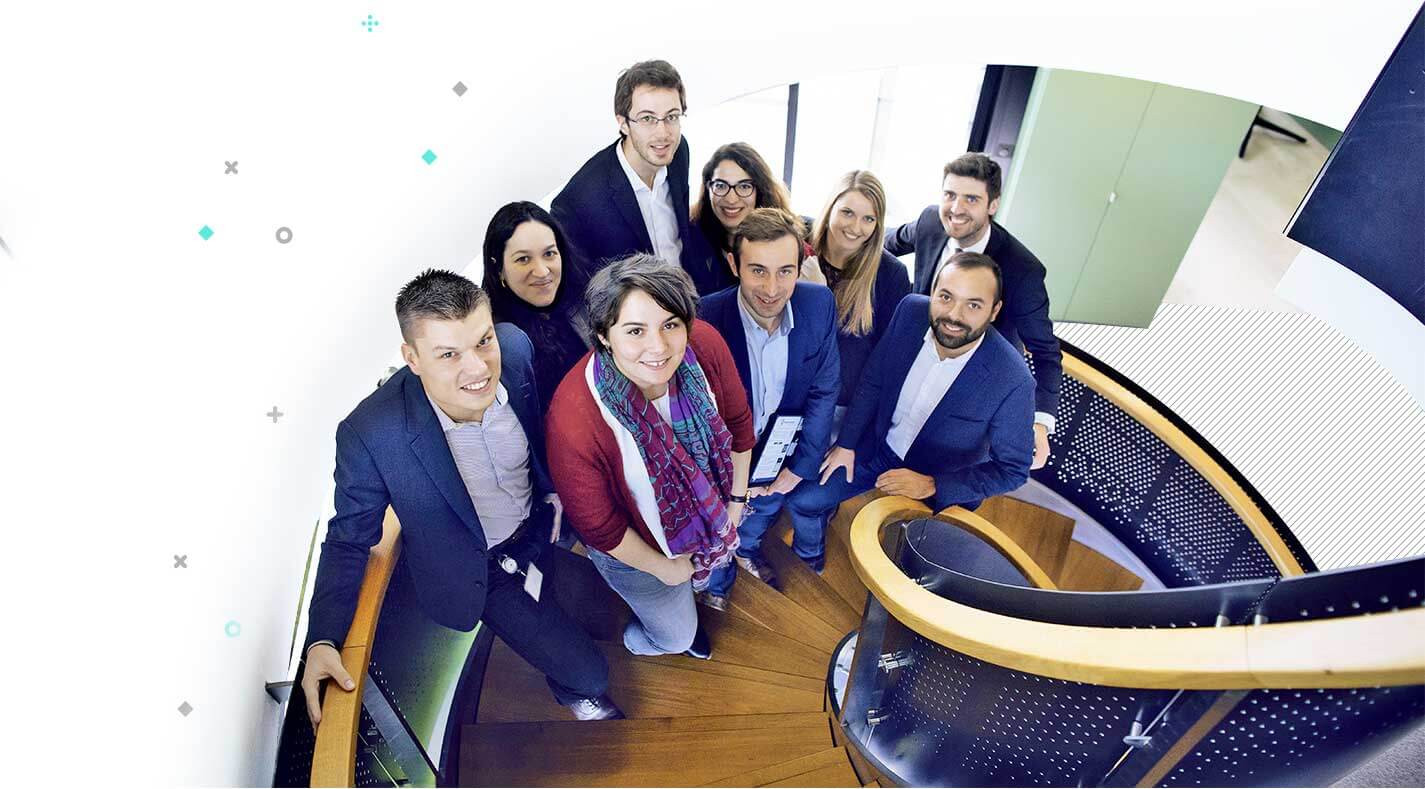 March 21. At today’s COMING meeting, Emilia appears on a computer screen placed in the midst of her fellow committee members, including Alexandre Plassais, project leader for decision support systems in the IT department, who is making sure the connection is good. The room is decorated in harmonious blue, green, and grey tones conducive to concentration. Lamya Hamamouch, a Rehagreen project manager, and Pierre Mignon, Director of Urban Projects at UrbanEra, play the role of facilitators in this session, which starts off with “inclusion time.”. Lamya first asks the participants to close their eyes. Then, in a soft voice, she leads them in a few minutes of introspection.

“We recall the things that create our comfort zone: listening to others, respect, kindness, autonomy, responsibility...” Then everyone reflects on their “forecast” for the day, that is, their frame of mind and what they want to do during the meeting.

Looking back on the last Strategy Committee meeting, Virginie Rey, head of Human Resources at Logement Est et Nord-Ouest, comments: “It’s surprising, but we all speak freely and as equals. They don’t hesitate to challenge us, nor we them.” Communications officer Fabienne Bouloc explains that “for each subject, we define an ideal goal, then the easy small steps that can be taken, and then the big change to finally reach it.”.

Adrien Chaussinand, a project manager in the Innovation department, adds: “Even though people may have differing opinions, we have decided to stick together and in each case put forward the idea that seems the boldest.”.

The COMING takes up not only issues proposed by the StratCom such as safety and diversity, but also ones it feels need attention such as work- life balance and the gap between the company’s strategic vision and operational realities.

The committee then gets to work on the question for today: how to improve experience feedback at Bouygues Immobilier, a key issue for the developer. They have already done some research on the subject, but since they are not specialists – precisely the reason they may be able to come up with some “outside-of-the-box” ideas – the facilitators have asked someone from the Innovation department to describe what already exists in the company so they can then figure out what they might be able to contribute.

A quick lunch in the meeting room next-door gives the COMING members a chance to chat with one another about their jobs and swap ideas. To explore the feedback question more deeply, Lamya then leads them in a “visualization” exercise. She begins by having them relax to allow their minds to reach a higher plane of consciousness. Sitting on cushions or in the rows of seats, they all concentrate on the voice guiding them on an inner journey that will enable them to visualize the objective – Bouygues Immobilier as a feedback champion – and to express their intuitions about the steps needed to achieve it. Then they each describe to the group what they have visualized in their mind. 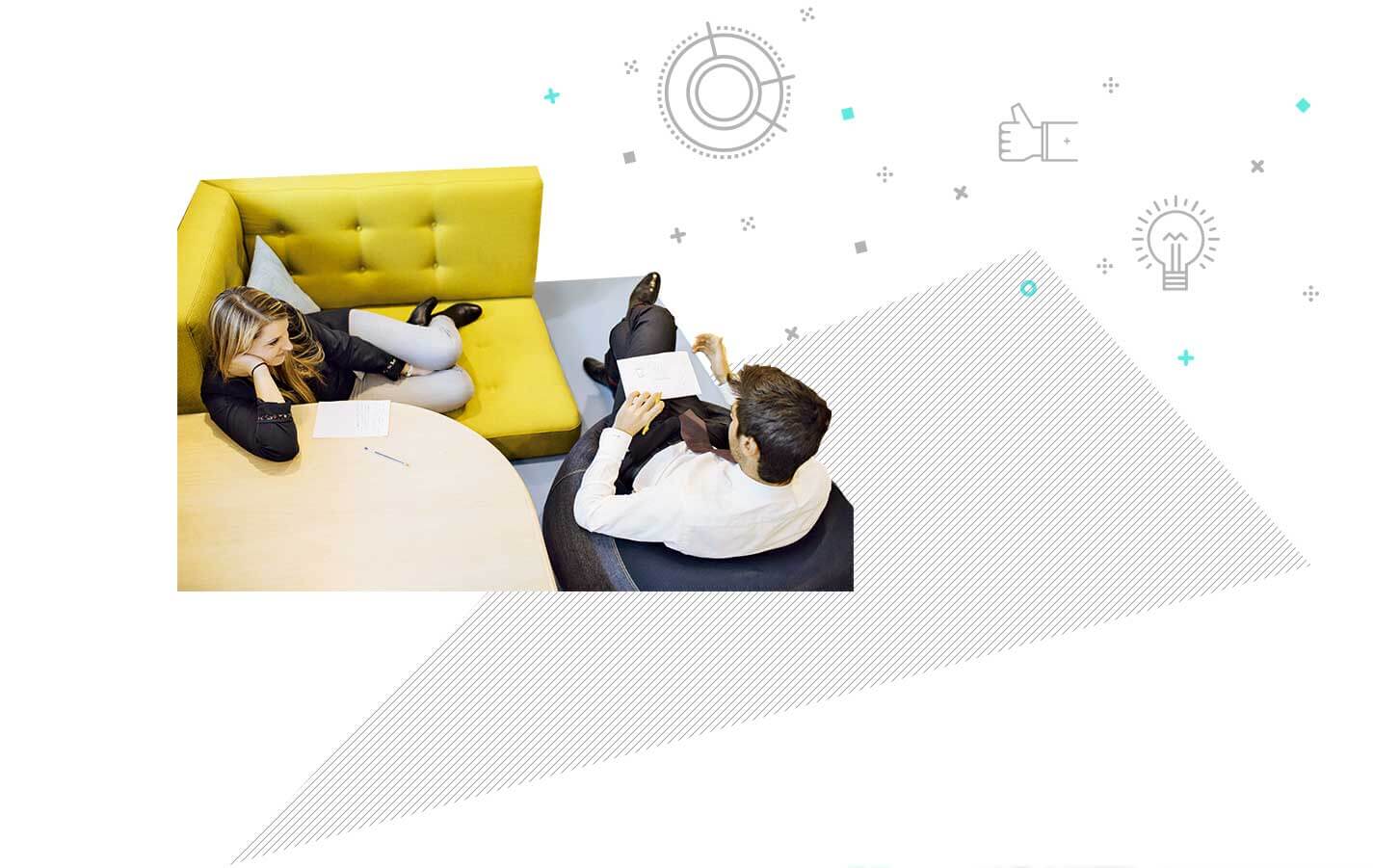 “We didn’t want the members of the COMING to spend months thinking about an issue. We wanted spontaneous reactions and rapid change. This experiment is taking us places we didn’t expect to go. And that’s great!”
Nathalie Watine
Executive Vice-President, Digital Transformation and Human Resources, at Bouygues Immobilier and the sponsor of this first COMING 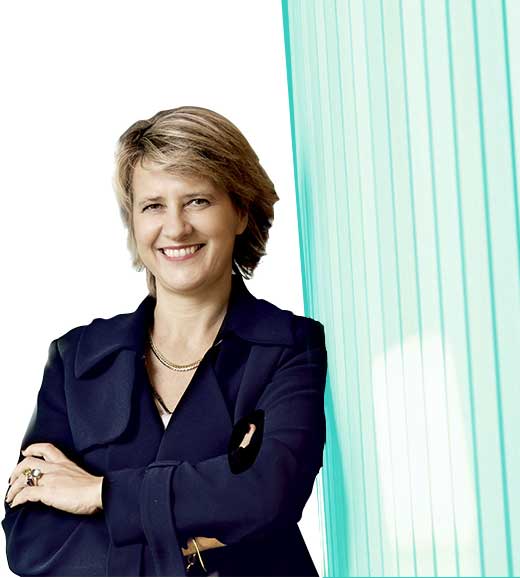 These innovative methods are known as “collective intelligence.” They are designed to unite diverse talents and viewpoints in a joint effort to generate compelling ideas in a very short time, with the strong involvement of participants meeting in a congenial atmosphere. Jeanne Glorian, Director of the HR Collective Intelligence Lab at Bouygues Immobilier, introduced this approach to the COMING.

“We spent two or three months figuring out who we were and how we would function,” recalls Laurie Lougarre, Operations Director at the Logement Aquitaine agency. “This coaching was very helpful, and the COMING was a perfect opportunity to try out these methods. Sometimes I use them in my everyday life.” For example, here everybody really listens. Everybody can finish what he or she has to say without being interrupted. If people want to speak, they raise their hand. “We try to call on all the inner resources of our three centers of intelligence: the head, to spark creativity, the heart, to connect with our emotions, and the body, to focus our attention,” Jeanne explains. All the COMING members agree these methods have transformed them. Their best memory is when they all realized after working together in one session late last year that their own personal skills gave each of them something unique to contribute to the group. “We felt we had become a truly close-knit unit with a common cause. We were no longer random individuals with diverse backgrounds who had been tossed together,” says Arié Natan, a User Key Accounts manager in the Corporate Property division. Now they can really get down to business. 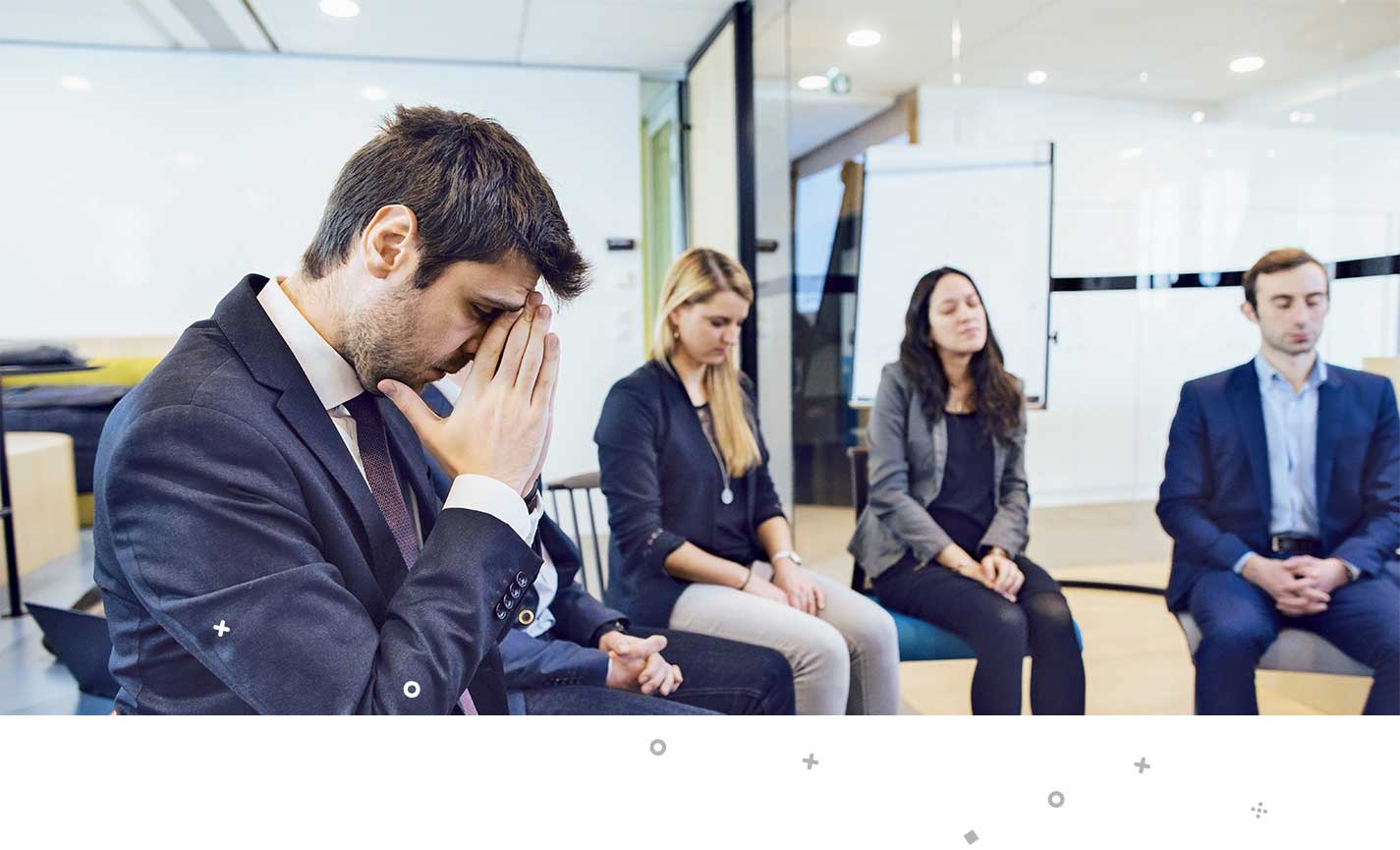 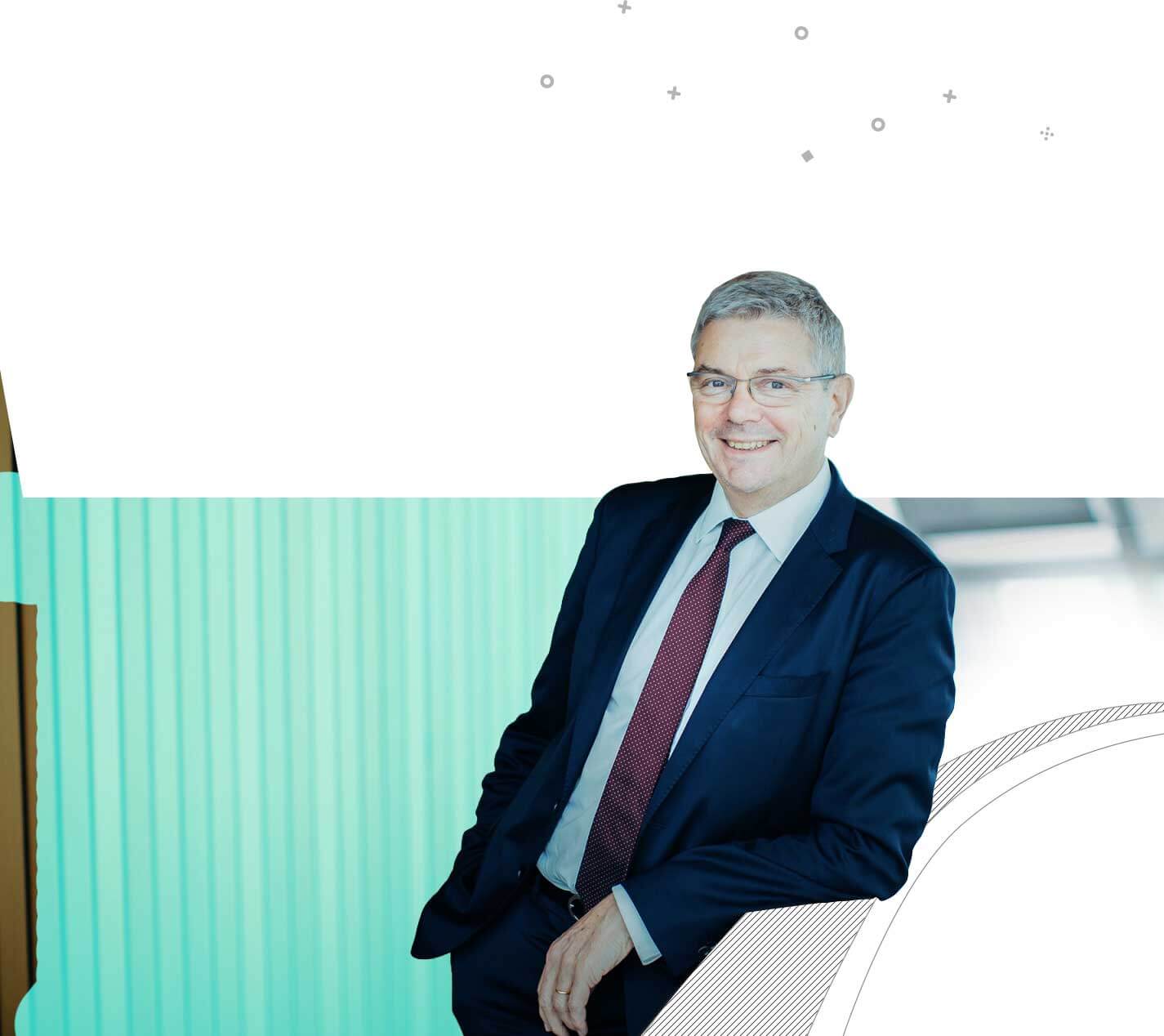 Why did you set up this strategy committee of young people?

Sébastien Bazin, the head of AccorHotels, who created a Shadow Executive Committee two years ago, has pointed out that 90% of the new companies that threaten the market leaders are created by people under the age of 35. We hire a lot of young people, and they want to contribute to the company’s strategy. And we need their knowledge and insights because they are immersed in the digital world, which obviously offers opportunities for new businesses and services, but also poses risks.

What isn’t the COMING?

It does not replace the decision-making bodies or the dialogue with the works council or with employees at the breakfasts we organize. And the COMING is not somewhere to bring complaints.

What are its objectives?

To shake up the StratCom, to bring fresh ideas, and, I would add, doing it with sharp reactions rather elaborate responses. For example, on the subject of diversity, we believed we had already made quite a lot of progress, but they pointed out that sexism is still commonplace in the company. We have decided to launch a campaign against it. 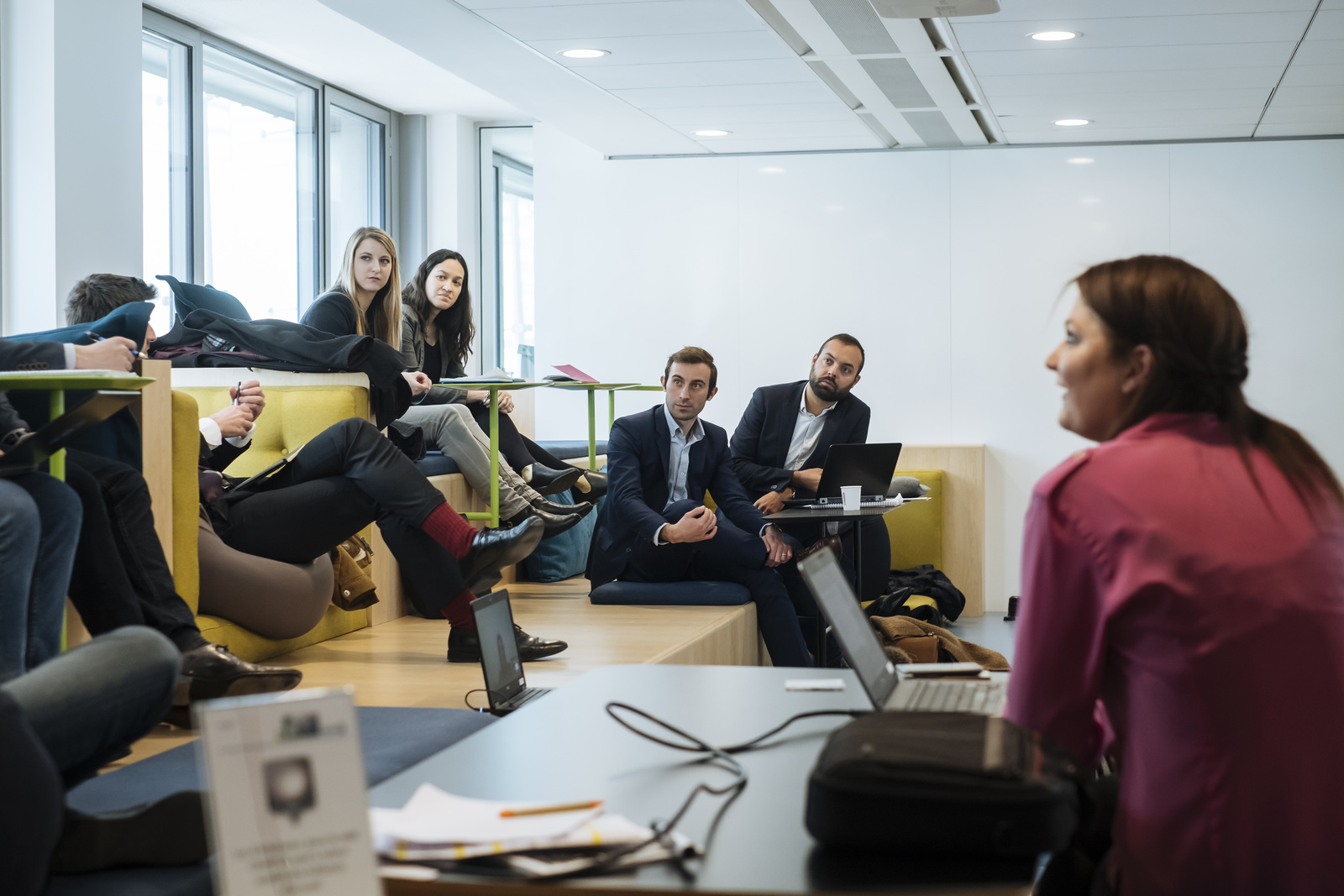 Each COMING member is appointed for a one-year renewable term.

Active listening is one of the essential rules of COMING.