Bouygues Bâtiment Ile-de-France is renovating and transforming La Poste du Louvre to turn Paris΄ central post office building into a new, mixed-use destination in the heart of the capital. A prestigious project in the expert hands of Rénovation Privée and Ouvrages Publics.
By Céline de Buttet 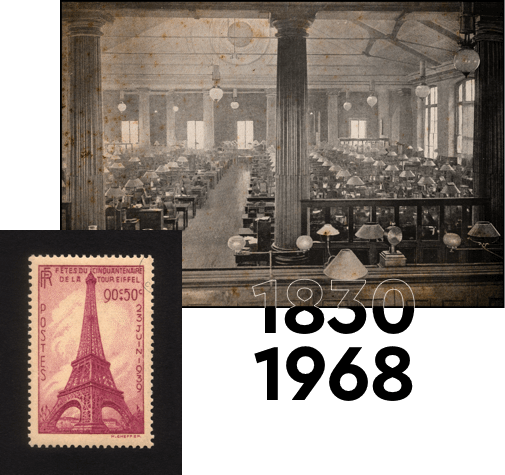 The mid-19th century marked a very prosperous period for the postal service, which experienced exceptional growth in France, particularly in Paris. During this period, mail was picked up from post boxes as many as eight times a day and as late as 6.30 pm, or even 9 pm in some places. Deliveries were made up to seven times a day. In the middle of the 20th century, it is estimated that about 2,500 people worked inside La Poste du Louvre.

The central post office was the brainchild of architect Julien Guadet, a contemporary of Gustave Eiffel. He then made the new building in the rue du Louvre the flagship of the Parisian postal service. The cast iron and steel roofing structures weigh 6,300 tonnes, nearly as much as the Eiffel Tower! It is one of the masterpieces of late-nineteenth-century industrial architecture. And for a long time, it was the largest post office, open day and night, and the hub of telephone communications for the whole world. 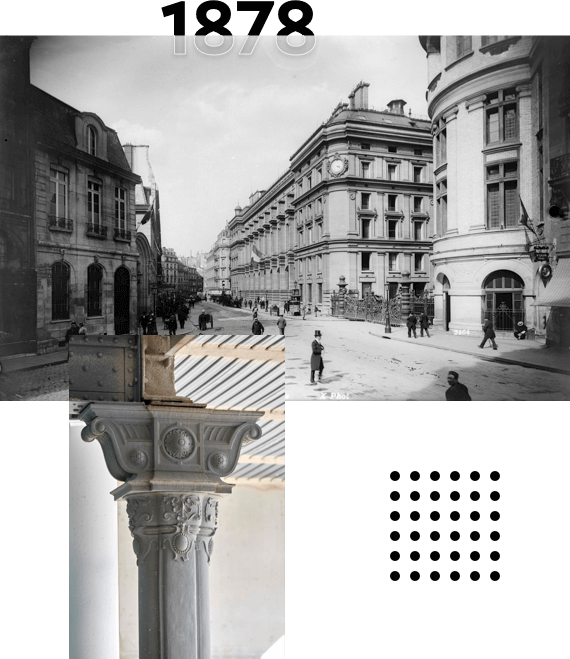 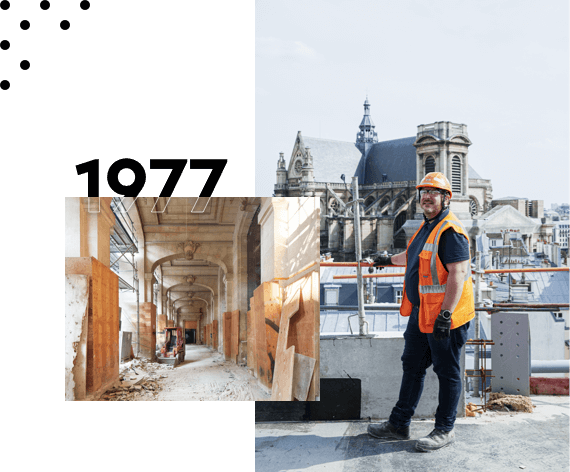 The upper part was severely damaged by a fire and the old framework reduced to ashes. Rebuilt at the time, but without respecting the architectural heritage, the latter were demolished during the current transformation of the building.
2013
Room for a complete renovation

Dominique Perrault, the architect whose work includes the French national library and the renovation of ParisLongchamp racecourse, was selected to carry on the legacy. Although La Poste du Louvre is not a listed building, it was decided to preserve as many of the impressive original elements – façades, metal roofing structures, cast-iron pillars, vaulted brick floor slabs, and marble fireplaces – as possible and blend them into the contemporary architecture of the renovation. After spending a year "cleaning up" the building (removal of asbestos and lead paint), the renovation work began. To create a car park, the existing basement level was deepened and a second basement level was dug ten metres below street level. This required work on all the foundations beforehand. So, a lot was going on down below, but also up at the top. The hotel and rooftop terrace is to be on a newly added level that rests on a metal superstructure supported by stilts that can withstand a fire for two hours. However, before this new structure could be built, a 8,240-m² transfer floor had to be laid and 2,500 tonnes of new metal roofing framework installed in the building. 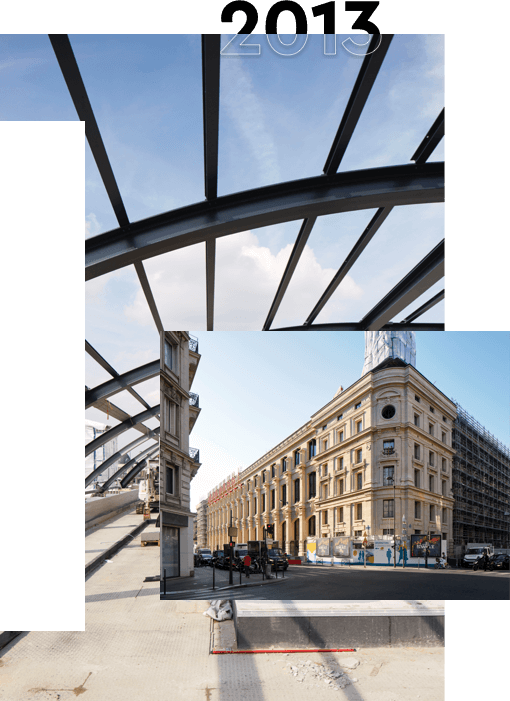 A post office, a police station, a childcare centre, a coworking space, two floors of offices, a hotel with 82 rooms, seventeen social housing units, a 4,500-m² landscaped terrace covered by an energy pergola made up of solar and photovoltaic panels….The goal of the new Poste du Louvre is to return this historic site to local residents and tourists. They will then be able to stroll into the central courtyard and admire the modern façades and newly refurbished original structures. Alexandre Feve, Works supervisor at Bouygues Bâtiment Ile-de-France – Rénovation Privée gives more details on the project: “The original building formed a single, 8,000-m² block sealed off by iron gates. The idea now is to create a space open to the public, similar to Paris’ traditional roofed shop-lined passageways”. 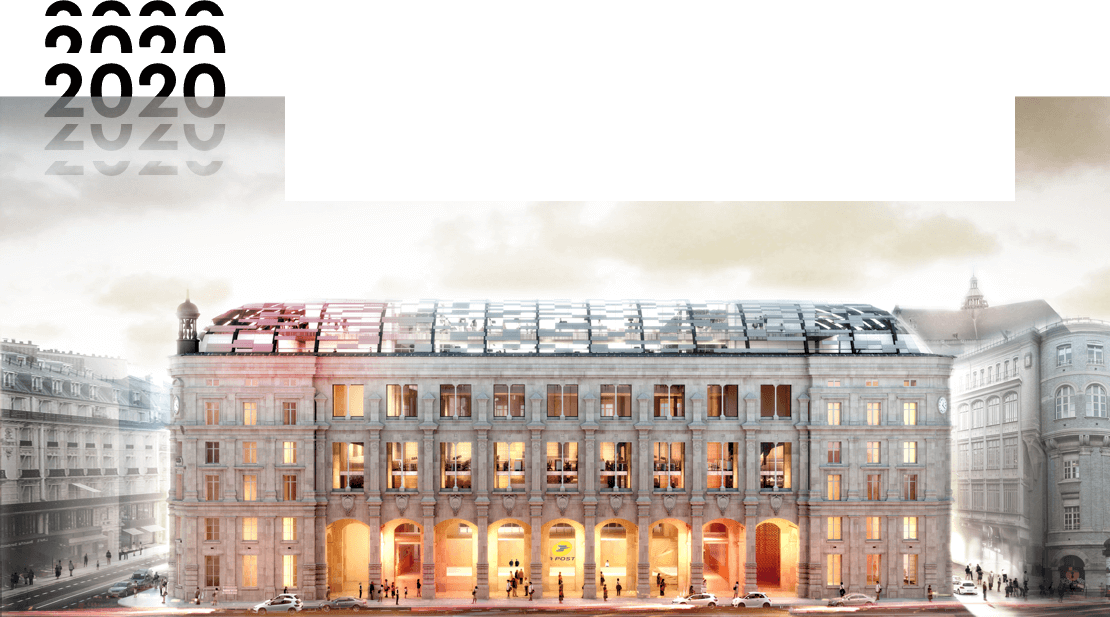