Report
5 min
07/02/2018
MORPHEUS, FROM DREAM TO REALITY
A tower enveloped in a mesh exoskeleton in which three voids are carved out – the uniquely designed six-star hotel-casino that Bouygues Construction is building in the Chinese city is at once an architectural and technical challenge.
The tower is still under construction, but its imposing form and avant-garde design already create a startling impression on the Cotai Strip, the casino row of Macao. Morpheus, a six-star hotel-casino, whose striking metal meshwork is visible through the scaffolding, is a gem in the resort district of the City of Dreams (see box above). Designed by the celebrated architect Zaha Hadid, the building is wrapped in a mesh exoskeleton, with three voids carved through its centre.

The Morpheus hotel is located in the City of Dreams, a resort complex offering a variety of entertainment, including the world’s largest aquatics show, along with three hotel-casinos, restaurants and luxury boutiques.

“One special feature of the tower is this structural steel exoskeleton on the exterior that supports the floors,” points out project director Denis Averlan, who is director of Operations Buildings Works at Dragages Hong Kong and Dragages Macau, the two Bouygues Construction subsidiaries working in the project. “The façade is behind this metal latticework, so we have to go through it to reach the concrete cores. That makes our work more complicated.”

The puzzle is made even trickier by the fact that this singular exoskeleton is at no place identical. Chung Yiu Ho, deputy project director, explains:“Since nothing in the exoskeleton is straight, we had to make sure it was done exactly according to the plans so that its installation would be perfect. For the construction of the metal structure alone, we drew more than 26,000 plans."

A visit to the voids

In the centre of the building, the exoskeleton twists, splits, and branches, forming three voids. These curved steel elements are supported by a temporary structure. The image created by these interlaced metal beams resembles a giant spider’s web in which workers can be seen moving about. 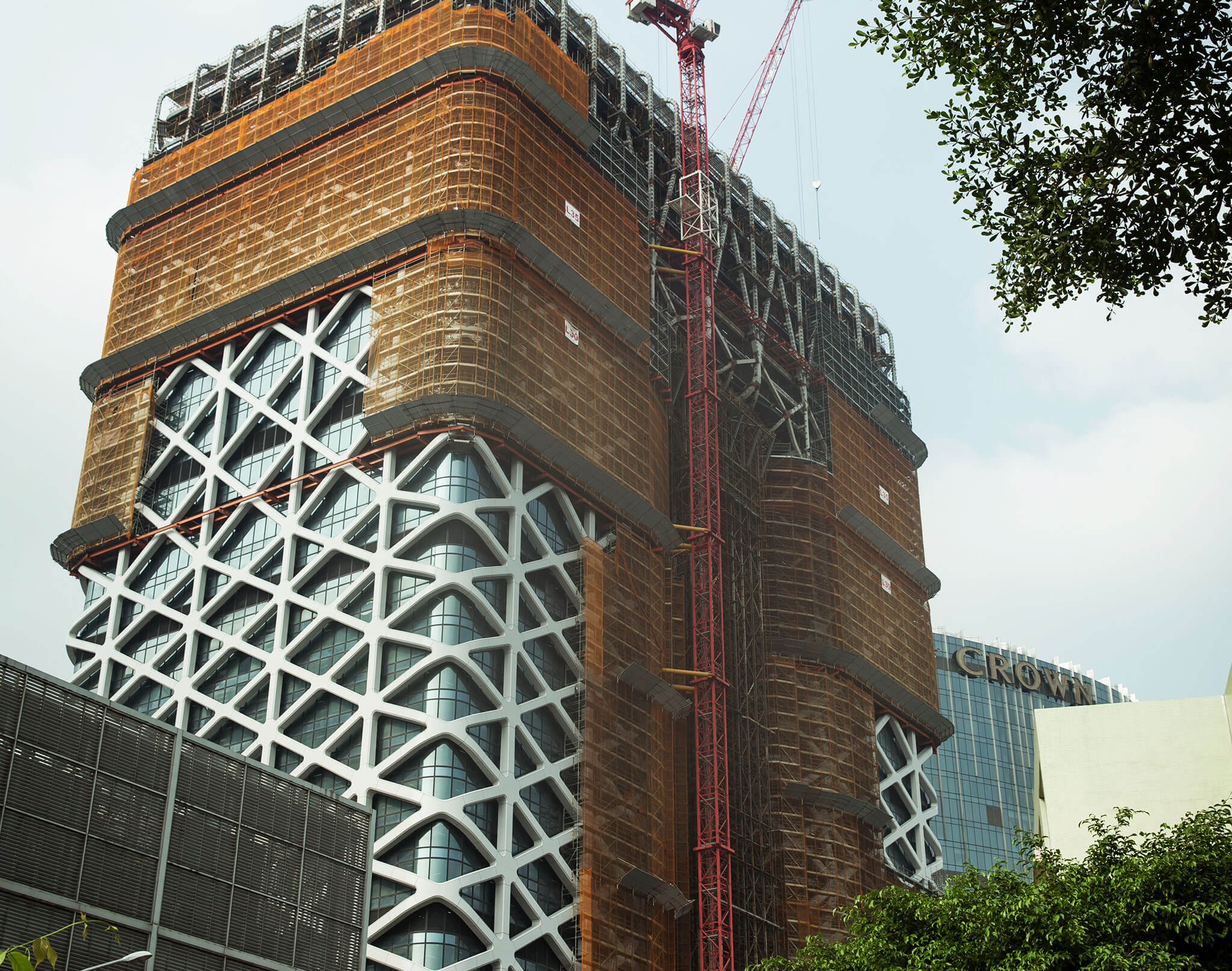 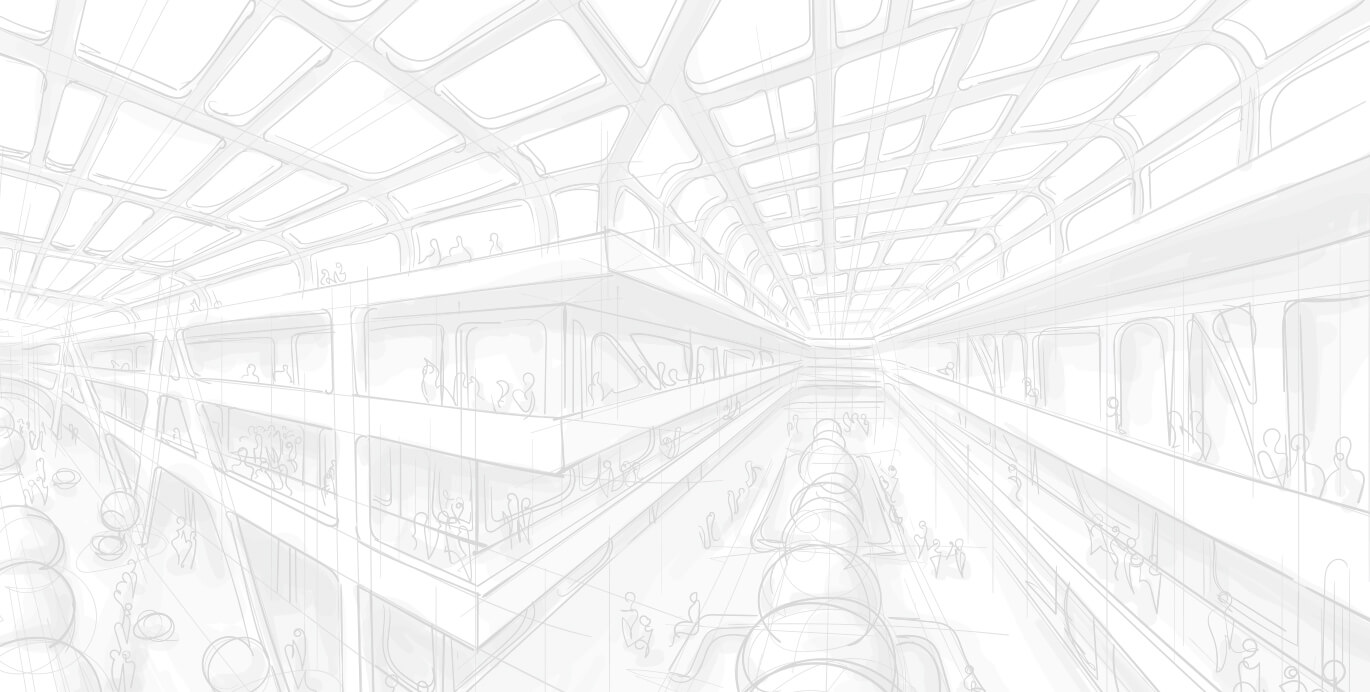 ZAHA HADID,
ARCHITECT OF THE IMPOSSIBLE

Born in Bagdad in 1950, the architect Zaha Hadid was a member of the deconstructivism movement, which has challenged the classic canons of architecture by approaching the structure and surface of buildings in new ways. Among her most representative works are the Guangzhou Opera House, the National Museum of 21st Century Arts in Rome, and the Aquatics Centre for the London Olympic Games.

Once all the segments of the exoskeleton have been connected to each other, there were two steps to carry out: first, de-propping at the nodes of the exoskeleton, thus giving it its final configuration. “Between March and September, the exoskeleton surrounding the three voids was successfully disconnected from its supports. Now we are moving on to the second step, which is taking down the temporary structure,” explains Paul Liu, deputy project manager for steel work. Over here, a worker is cutting steel with a torch; over there another is removing the beams, which are no longer needed now.

“It is very important to remove the temporary structures quickly because they are in the way of putting in the window glass in the centre of the building,” notes steel structure engineer Dan Alfassi. He is talking about 242 triangular panes of glass in frames with different dimensions that will be placed on the exoskeleton. And until the façades are finished, the exoskeleton cannot be clad with its aluminum surfacing. 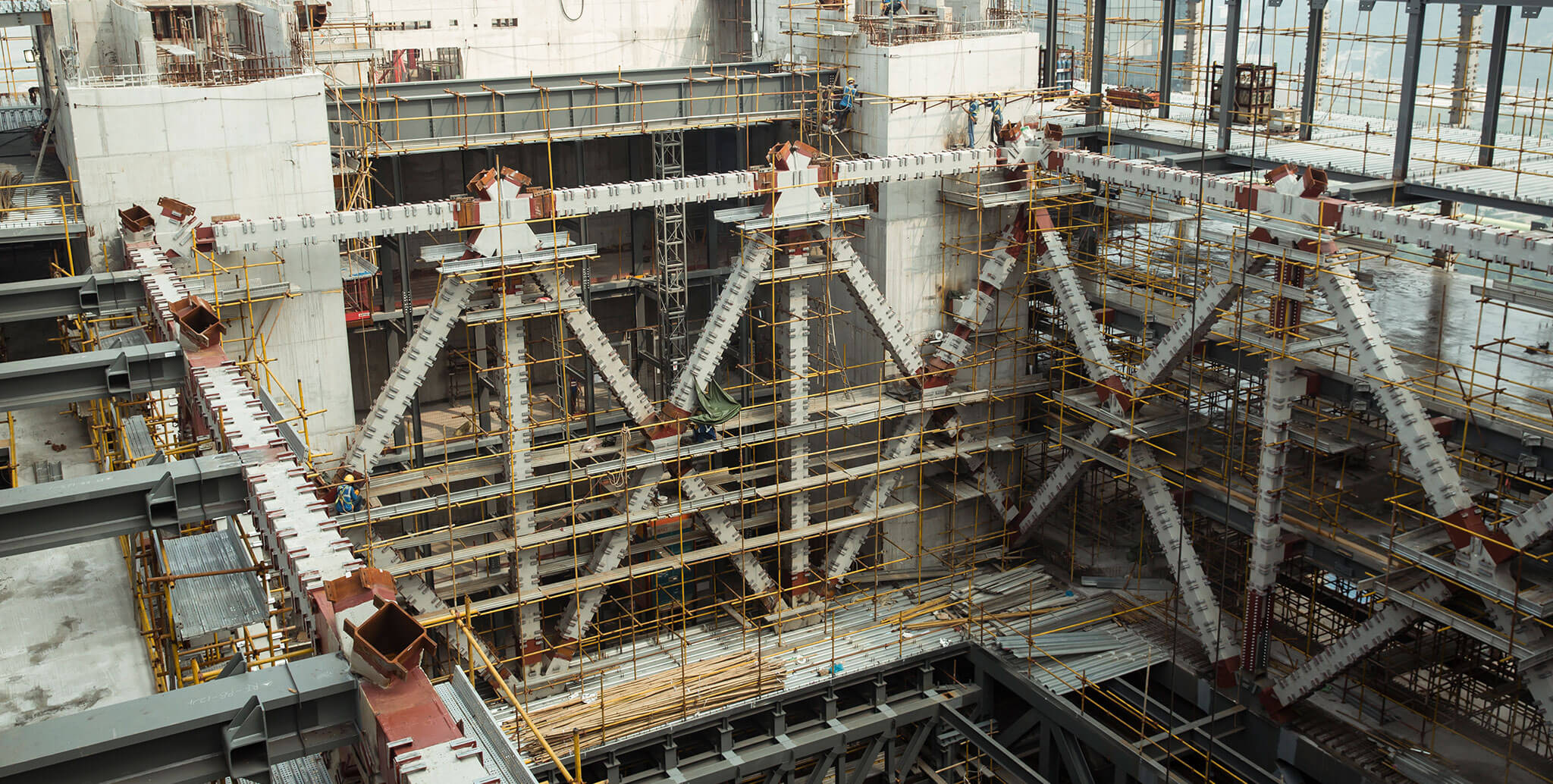 Since all these operations are very closely connected, Building Information Modelling (BIM) has proven indispensable. In his worksite office, design manager Etienne Fayette, who is in charge of BIM, can, with the click of a mouse, see a 3D model of the centre of the tower. “We have created a 3D visualization showing the points of conflict and obstruction between the exoskeleton, the temporary structure, the façades and the scaffolding to anticipate any possible problems during the work.” In this city devoted to gambling, Bouygues left nothing to chance. Sunny Li, construction manager, flat area cladding and façades, explains why. “Success in an undertaking like this is possible only if we work hand in hand, with total coordination.”

Did you know ?
The tower does not have a floor with the number 13, which Westerners consider unlucky, or one with the number 4 (4, 14, 24, 34), which is associated with death in Eastern Asia. 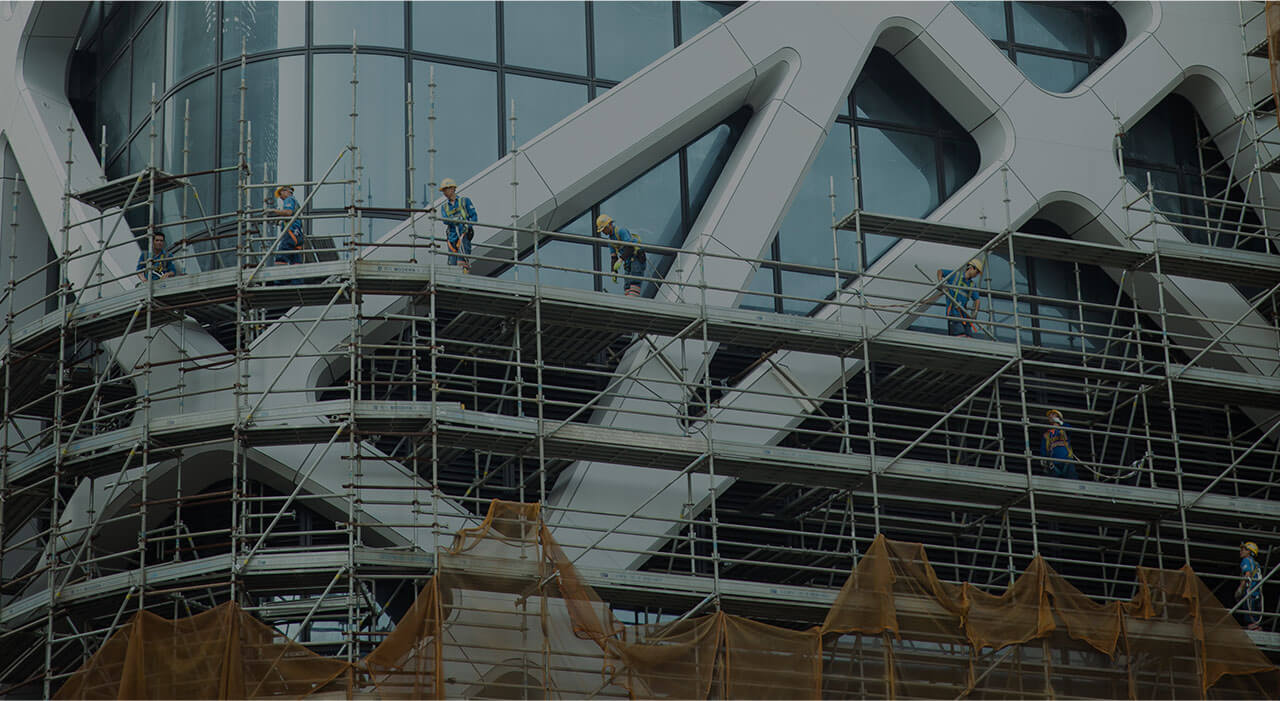 Night will soon fall on the tower, and workers are beginning to leave. The concrete slabs of the top floors have been poured. On the terrace, torch flames glow in the evening sky as welders install the last segments of the exoskeleton. The tower is almost finished, but the Morpheus hotel is patiently waiting for its moment to come. It will open its doors in 2018. 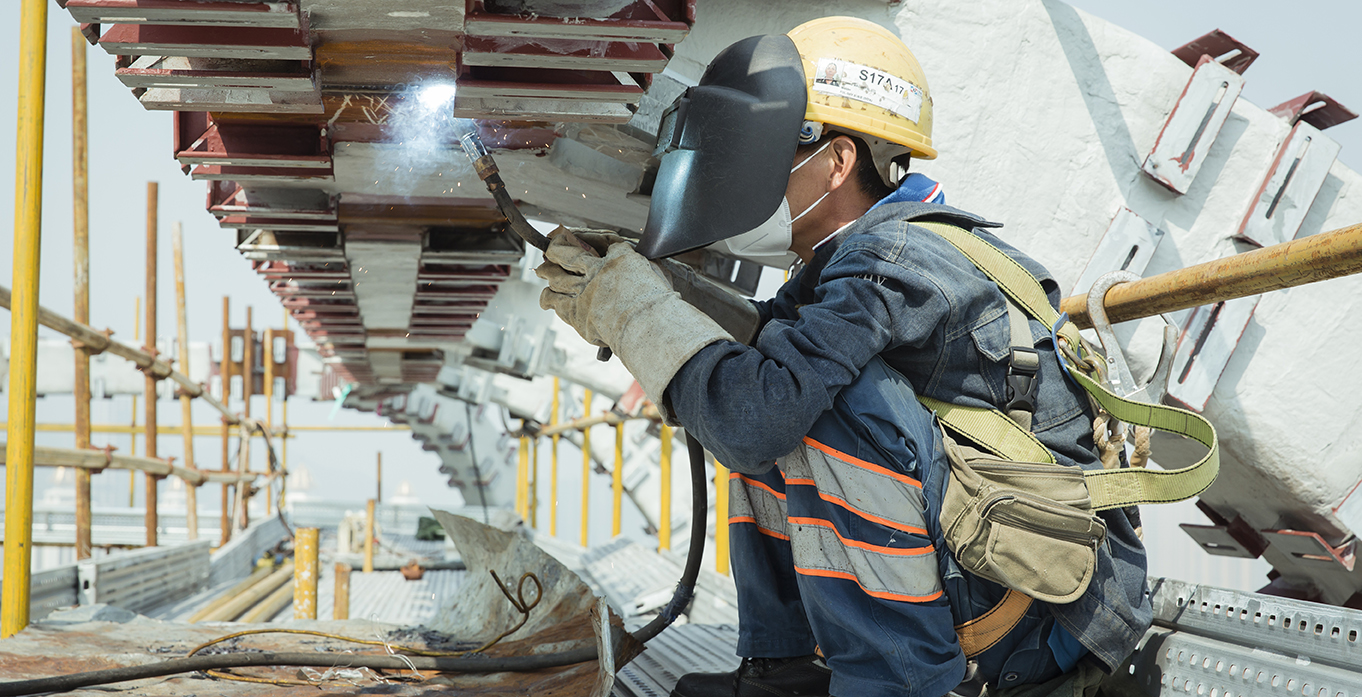