Insights
6 min
-
Bouygues innovates to protect the environment
Report
5 min
-
Bouygues Telecom stores: back to serving customers
Report
4 min
-
Getting the news out, whatever it takes
Interview
5 min
-
How the virus will change our workspaces
Special Feature
7 min
-
The Bouygues group and its subsidiaries confront Covid-19
Insights
5 min
-
Bouygues Construction
La Poste du Louvre gets a new lease of life

Insights
10 min
-
Bouygues Telecom
Meeting the needs of the PME

CFC, IN THE HEART OF THE FUTURE MOROCCAN BUSINESS DISTRICTA skyscraper & a symbol in Casablanca

In the Anfa quarter of Casablanca, Bouygues Construction is erecting the country's first high-rise office building. With its unique architecture, the CFC Tower will stand as a symbol of the Casablanca Finance City, the business district that is its namesake and destined to become an influential financial center in Africa.
By Isabelle Godar

It’s nine o’clock on a muggy morning and a dozen workers are installing the façade sections on the twenty-eighth and last floor of the CFC Tower. From here they have a sweeping view of the city of Casablanca and its sprawling suburbs. In the direction of the ocean stands the imposing Hassan II Mosque. Built in 1992 by Bouygues Construction, it boasts the highest minaret in the world. “Right now, it’s the tallest building in Morocco,” says Ahmed Bouqottaya, Quality-Safety- Environment manager at Bymaro, the Moroccan subsidiary of Bouygues Bâtiment International. 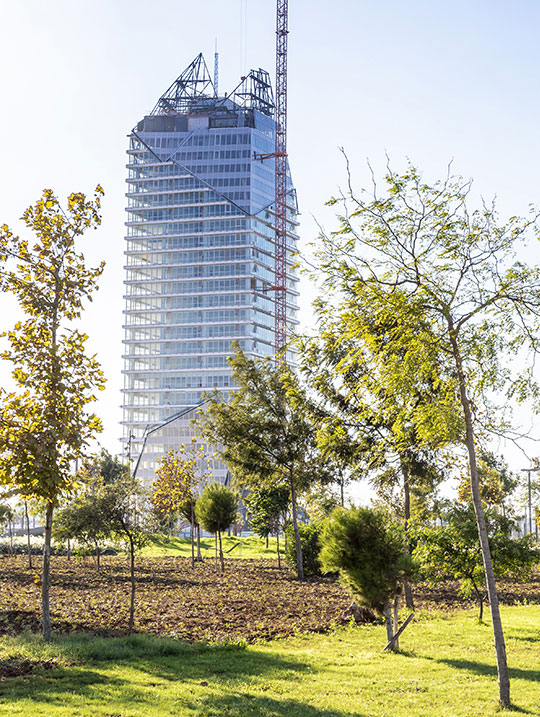 With a height of 136 meters, the CFC Tower is the first skyscraper in Morocco. Since construction began in 2015, there have been as many as 400 workers on the job at peak periods. Slated for delivery in February 2019, the tower will have 23,000 m 2 of office space and a conference room with a capacity of 100 people. With its asymmetrical structure and elongated diamond shape at its top, it illustrates the goal of making Casablanca “a modern city with bold architecture,” says Hicham Zegrary, general secretary of Casablanca Finance City, the future business district from which the tower takes its name. Since the last century, Casablanca, the economic and cultural capital of Morocco, has been an Art Deco showcase. The architectural firm Morphosis 1 designed the building’s glass façades with a double layer of aluminum to protect the building against the heat and glare of the sun while preserving a splendid panoramic view for its occupants. “The 1,300 elements that cover the façade reduce energy consumption by up to 30% compared with standard buildings,” says Driss Kabbaj, Bymaro’s project manager for CFC.

Another architectural particularity: Bymaro proposed building one more floor than initially planned by using a post-tensioning system 2 supplied by VSL, another Bouygues Construction subsidiary. With this technique, it was possible to reduce the thickness of the concrete floors by about 10 to 20 centimeters. “This innovative proposal differentiated us from the other bidders on the contract,” notes Kabbaj.

1. The architectural firm Morphosis has won several international architectural awards, including the 2005 Pritzker Prize.
2. Post-tensioning consists of compressing concrete using a system of steel cables anchored at each end to prevent cracking and increase the life span of structures.

THE CFC TOWER IS 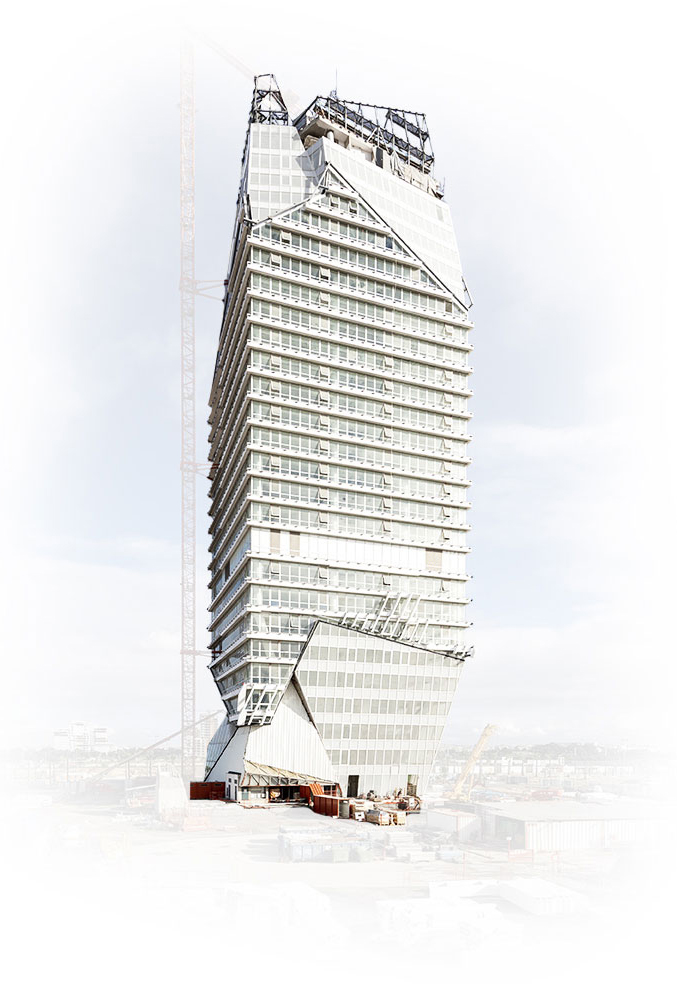 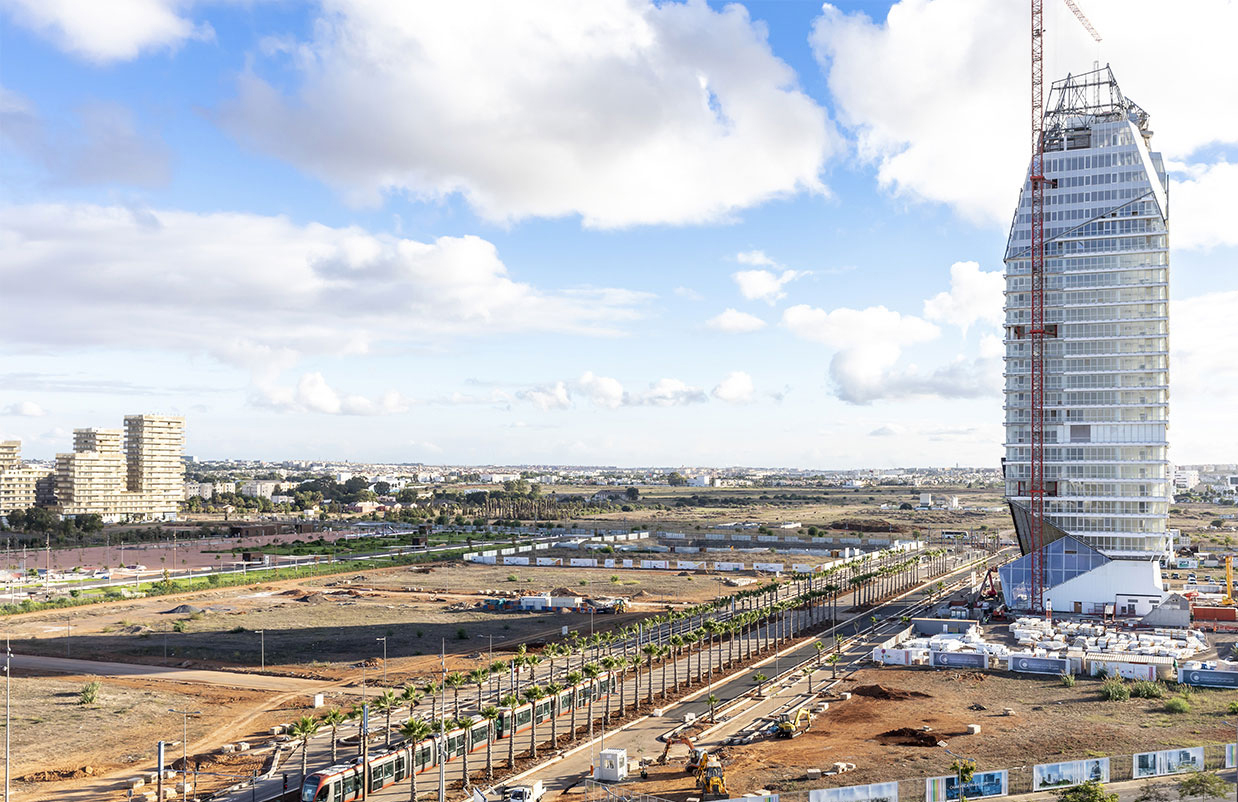 In 2010, at the request of King Mohammed VI, the Moroccan government initiated a 350-hectare urban development program in the district of Anfa (meaning hill in Berber), where Casablanca’s airport was formerly located, with the idea of creating from scratch a cosmopolitan and agreeable urban center. The 50-hectare Casablanca Finance City district, which is part of this program, is destined to become one of Africa’s major economic hubs. Bymaro is constructing the first tower there. Among it future occupants is CFC, an institution made up of financial entities such as the Casablanca stock exchange, the Caisse des Dépôts, and the state-run bank. This bank certifies the eligibility of companies for a package of incentives designed to persuade them to locate in this new business district. “Our objective is to attract major multinationals – holding companies, regional headquarters, financial and service companies – that are looking to manage and oversee their activities on the continent,” says Zegrary. “We offer them tax and financial transaction incentives as well as assistance in getting set up here – things like obtaining visas and residence permits quickly or sorting out administrative formalities.” Another plus: Casablanca is strategically located between Europe and Africa, with an international airport that offers flights to more than 120 destinations all over the world. 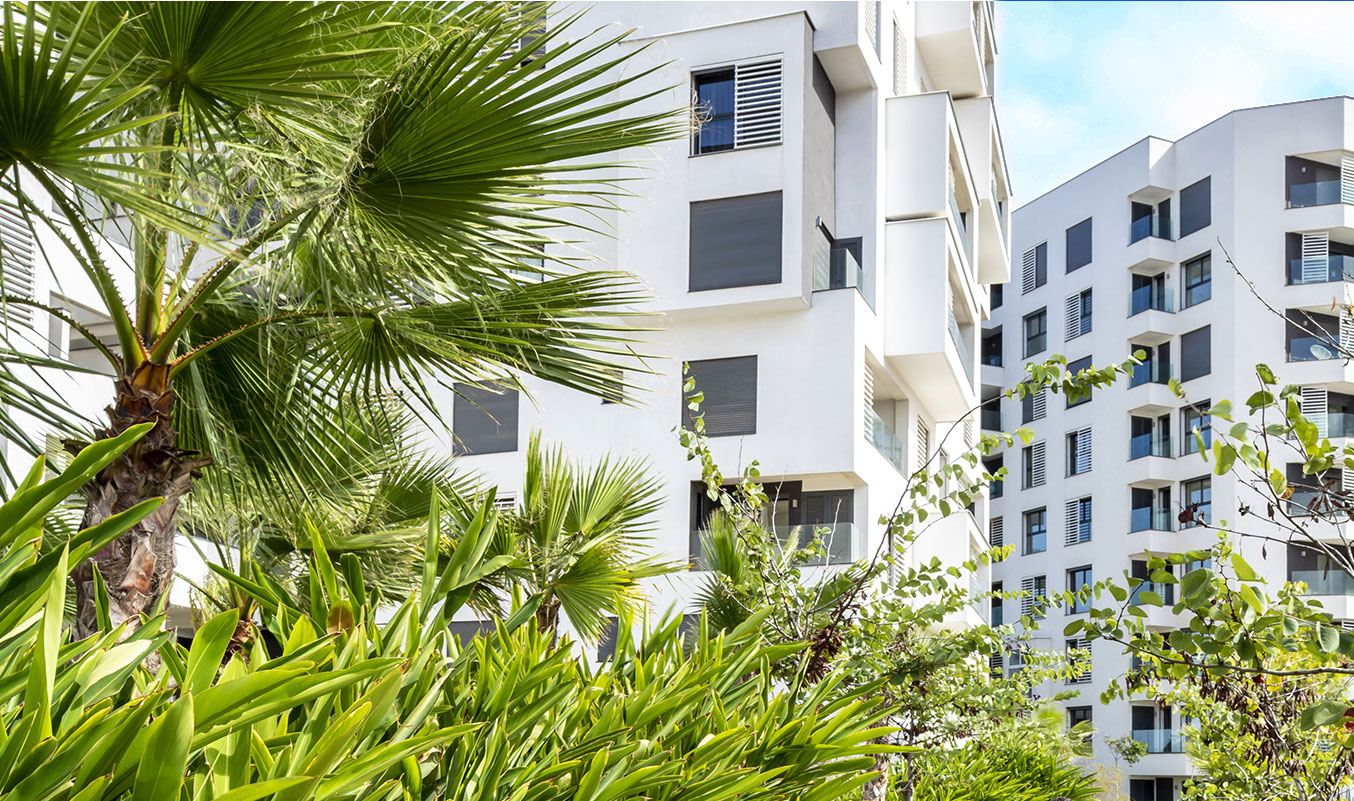 Anfa is no longer a vast wasteland. Eco-neighborhoods with planted terraces and flower-lined walks are springing up. Among them is the Faubourg d’Anfa, one of the first apartment complexes developed here by Bouygues Immobilier and built Bymaro. This program includes 390 apartments (350 of which have already been sold), with stores on the ground floor. This development has qualified for HQE 3 certification, thanks in particular to its renewable energy production capacity. Going up next to it is BO52, another HQEcertified eco-neighborhood, with 150 apartments. Linkcity Maroc, the property development subsidiary of Bouygues Construction, is carrying out this project. Comments Charaf Soussi, director of operations at Bymaro: “Here the group is bringing into play its diverse capabilities in sustainable construction, which we're seeing much more here, and making them a trademark.” All the projects in the Anfa district must comply with the latest environmental standards demanded by the customer. After hosting the COP 22 4 in Marrakech, Morocco is launching a major energy transition plan, with €10 billion to be invested in the construction of solar farms. “Africa will be hard hit by climate change,” predicts Zegrary. “Morocco is supporting green financing and has set a goal of producing 30% of its energy with green technologies by 2030.” With its recognized expertise in managing complex projects and its knowledge of the entire value chain, the Group has many capabilities to assist Morocco in this rapidly developing area.

3. HQE Excellent for the first two portions of the project and HQE Exceptionnel for the third.
4. The 22nd Conference of the Parties. This event attended by all the heads of state is held each year to discuss issues related to global warming and to enact measures to combat it.

DID YOU KNOW?
Ten site workers belonging to the Atlas Guild are working on the CFC Tower project. A total of 49 employees of the Moroccan subsidiary are guild members. Like those in the Minorange Guild, they are chosen for their overall excellence and their skills, which they pass on to the next generations through training and a mentoring system. As guild members, they also receive special training and have annual performance reviews. They all get together once a year for a trip to a different region of Morocco. 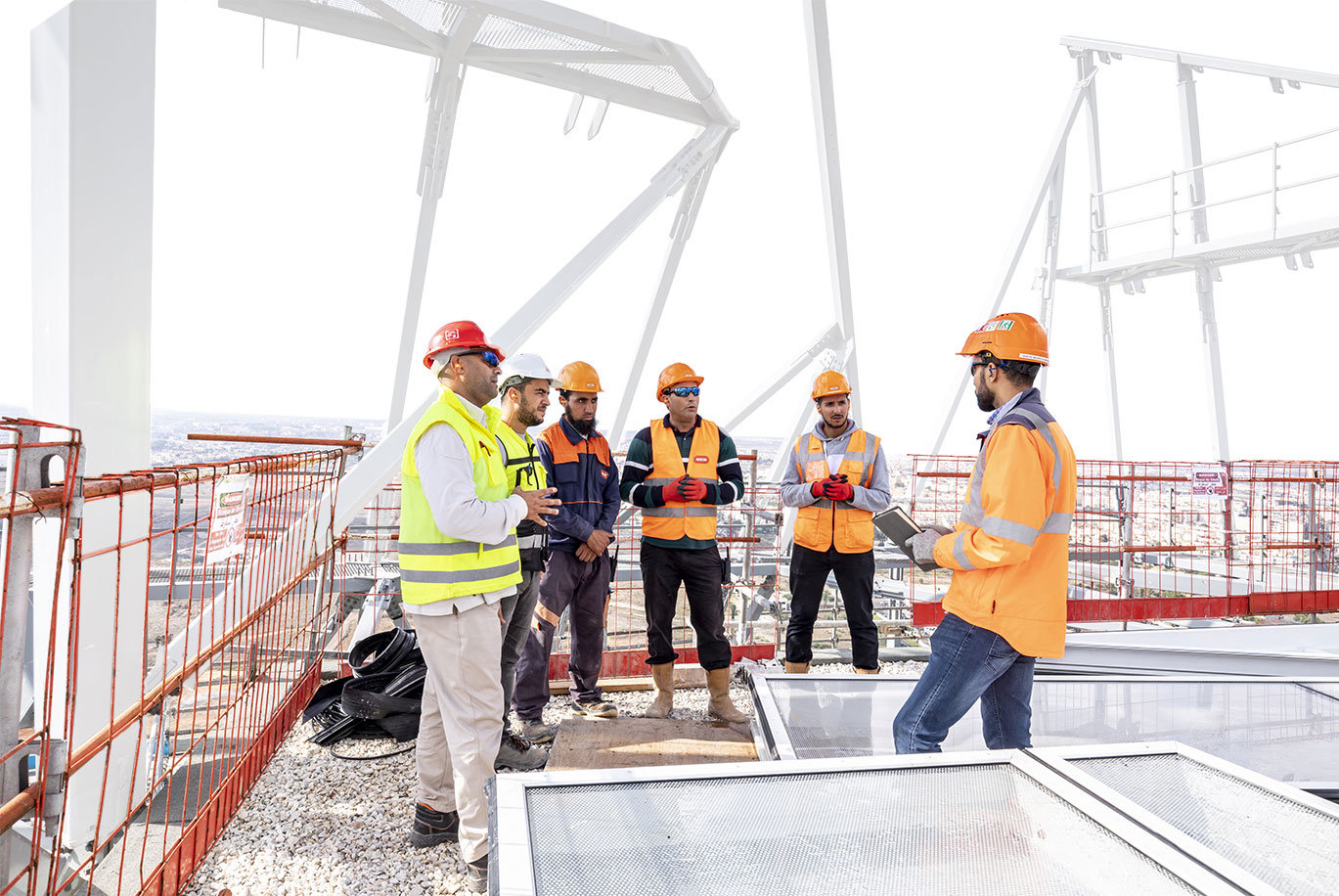 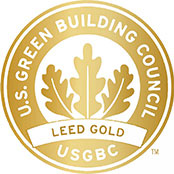 THE HIGHEST ECOLOGICAL STANDARDS
The goal is to obtain LEED certification for the CFC Tower, and one factor in its favor is the thermal inertial system, which accumulates heat or cold in the floors and then releases it as needed. Actions have also been taken during the construction such as rainwater recovery, recycling of worksite waste, and use of renewable energies. For example, rubble has been used to build roads. Altogether, 65% of the waste has been short-cycled. “As a result of all these measures, the Gold certification level has been achieved,” says Ahmed Bouqottaya, QSE manager at Bymaro. 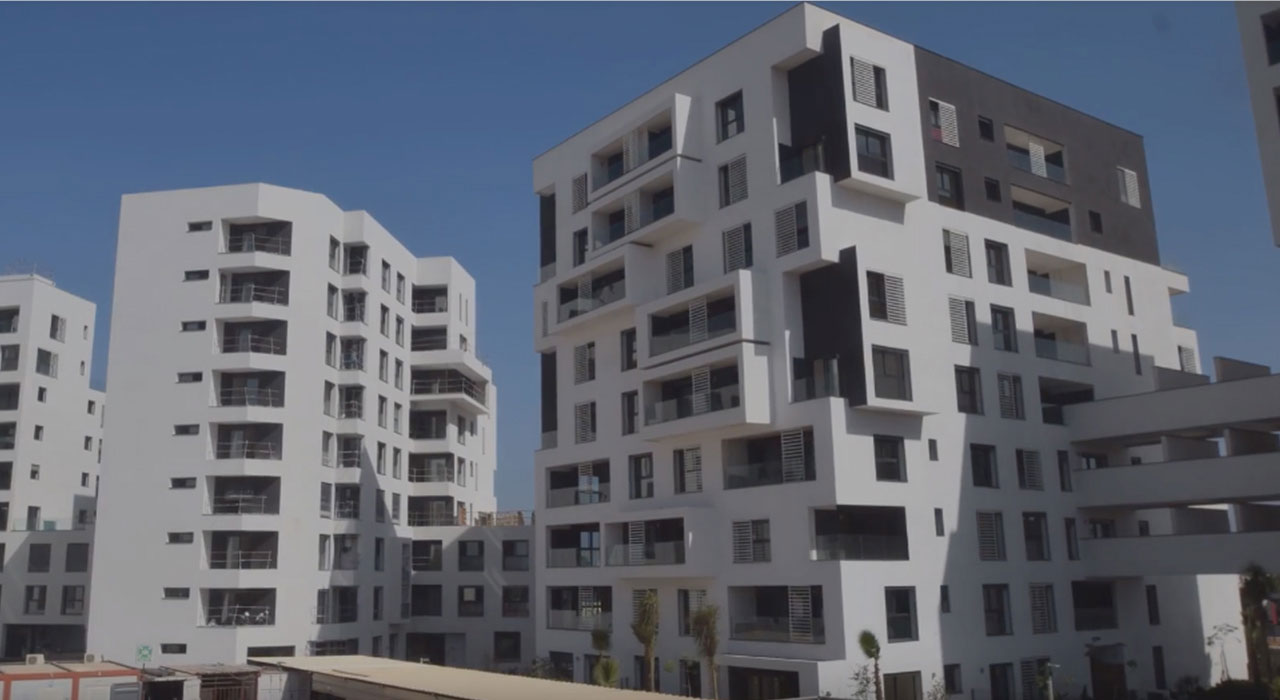