Saving the planetBouygues innovates to protect the environment

The Bouygues group’s business segments are working hard and innovating to roll out initiatives in favour of protecting the planet. Here we look at three such projects carried out by Bouygues Travaux publics, TF1, and Colas.
Laura Franchet, Isabelle Godar, Judy Hue, Grâce Noyal

“Since January 2020, workers have been excavating in parts of the platform to create quays, a yacht marina, and an opening to the sea.

This phase will be finished in spring 2021. We are paying a great deal of attention to biodiversity in the project. Underwater hills have been created and prefabricated modules have been installed on the sides of the caissons to create an artificial reef. Some 20,000 m3 of rock have been used. Plant and wildlife have already begun to colonise these underwater habitats. We have received a lot of support from the Monaco environmental department and from experts in this field.” 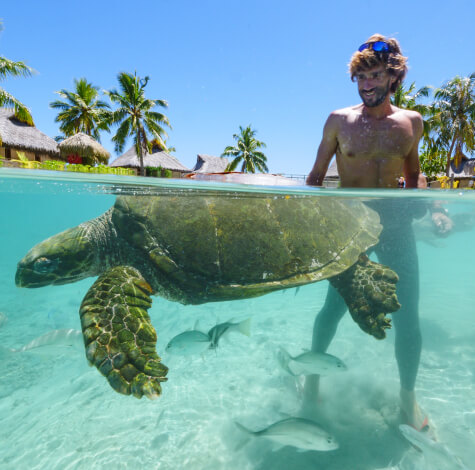 Ushuaïa Tv: 15 years of broadcasting in favour of the planet

Inspired by the popular TV series Ushuaïa, hosted by Nicolas Hulot, the TF1 group’s theme channel has aired original educational programming appealing to families and nature-lovers since its launch in March 2005. With the celebration this year of its 15th anniversary on the air, Ushuaïa TV has undergone a makeover, with a new identity directly inspired by the channel’s flagship programme, Ushuaïa Nature. Also broadcast during March were a series of evening specials featuring four prominent environmental activists: Jane Goodall, Greta Thunberg, Guillaume Néry, and Vincent Munier. The journalist Fanny Agostini also joined the channel to host En terre ferme, a new show focused on eco-responsibility.

“The only TV channel totally dedicated to the planet and its protection,” says its director, Christophe Sommet, has become an ambassador for the themes of environmentalism and biodiversity over the years.

The trams running on the new section of tram line in Birmingham are battery-powered, a first in the UK. Colas Rail Ltd, the British subsidiary of Colas Rail, handed over the extension to the line connecting New Street Station to Centenary Square, in the city centre, in late 2019. This project is part of a programme to develop the tram system all across England’s second-largest city. Colas Rail is the lead firm in the project consortium, alongside Colas Ltd and Bouygues UK, a subsidiary of Bouygues Construction. The consortium is a member of the Midland Metro Alliance, an entity created in 2016 to undertake projects in response to economic and social changes in the West Midlands region, in the heart of England. 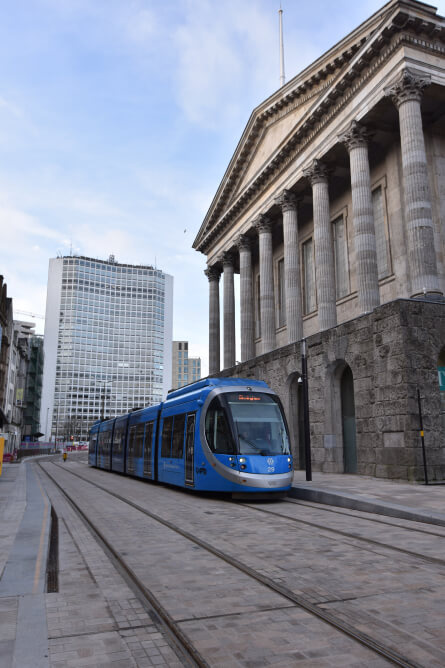 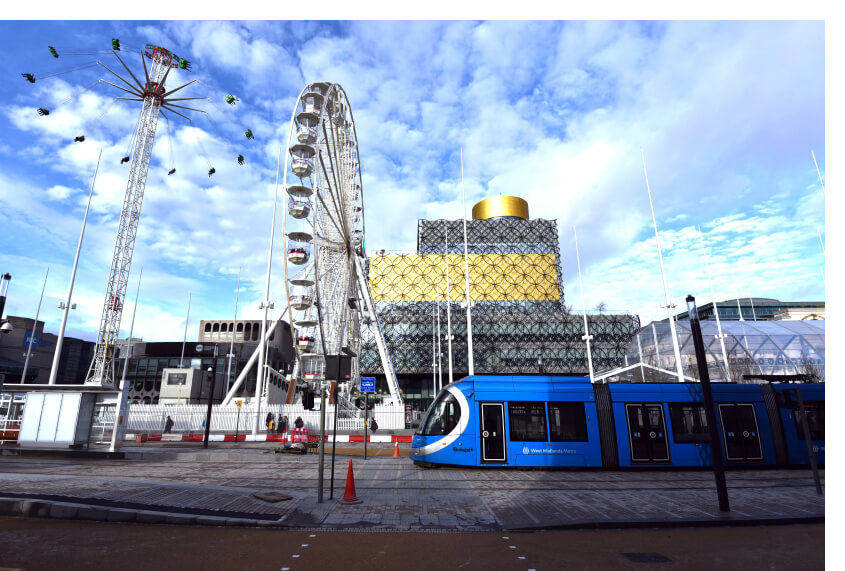 By
2026
The project aims to have extended the tram line network by 32 kilometres
In
2020
To the city centre of Wolverhampton, and to the suburb of Edgbaston by the end of 2021
In
2023
A line between Wednesbury and Brierley Hill, in the north-west of Birmingham
At the end of
2024
An extension of the network to the eastern districts, linking up with the future Curzon Street station which will host the new HS2 high-speed rail line