A BIG CHALLENGELet's go to Australia

In the centers of Melbourne and Sydney, Bouygues Construction is meeting growing transport infrastructure needs while expanding in the building construction market and supplying turnkey solar farms. Here’s a survey of its major projects.
By Laura Franchet

Melbourne, cosmopolitan and the cultural capital of Australia. Street art and cozy restaurants are typical features of a metropolis whose population is expected to double by 2050. At City Square, in the City Loop, the spires of Saint Paul’s Cathedral have loomed over a bustling worksite since early 2018.

Bouygues Travaux Publics, teamed with local consortium partners Lendlease and John Holland, has been contracted to design, construct, and equip five stations and nine kilometers of tunnels in the project to extend the city’s metro. “We are digging seven, 40-meter-deep shafts to build the underground stations,” explains Raoul Fernandez, director of the Melbourne metro project. “These stations are exceptionally large. At 280 meters long and 30 meters wide, they are the size of the RER regional express stations in Paris.”

On the street, curious passers-by can view the progress in the work through observation windows. At a project information center, neighborhood residents can see a virtual reality presentation of the future tunnel boring machine at work. Four such machines will begin excavation in late 2019, with the tunnel slated to go into service in 2025.

At the same worksite, VSL is constructing some of the foundations and the diaphragm walls, which support the sides of the tunnel and help to keep the ground under the tunnel floor dry. It’s not the first project for this Bouygues Construction subsidiary, which has been established in Australia longer than any other. “VSL has been present in the country since 1966 and has been a preferred partner when it comes to designing special construction methods,” says Craig Commerford, managing director of VSL in Australia and New Zealand. And there is no shortage of infrastructure projects in this country-continent, where the annual growth rate is about 3%. 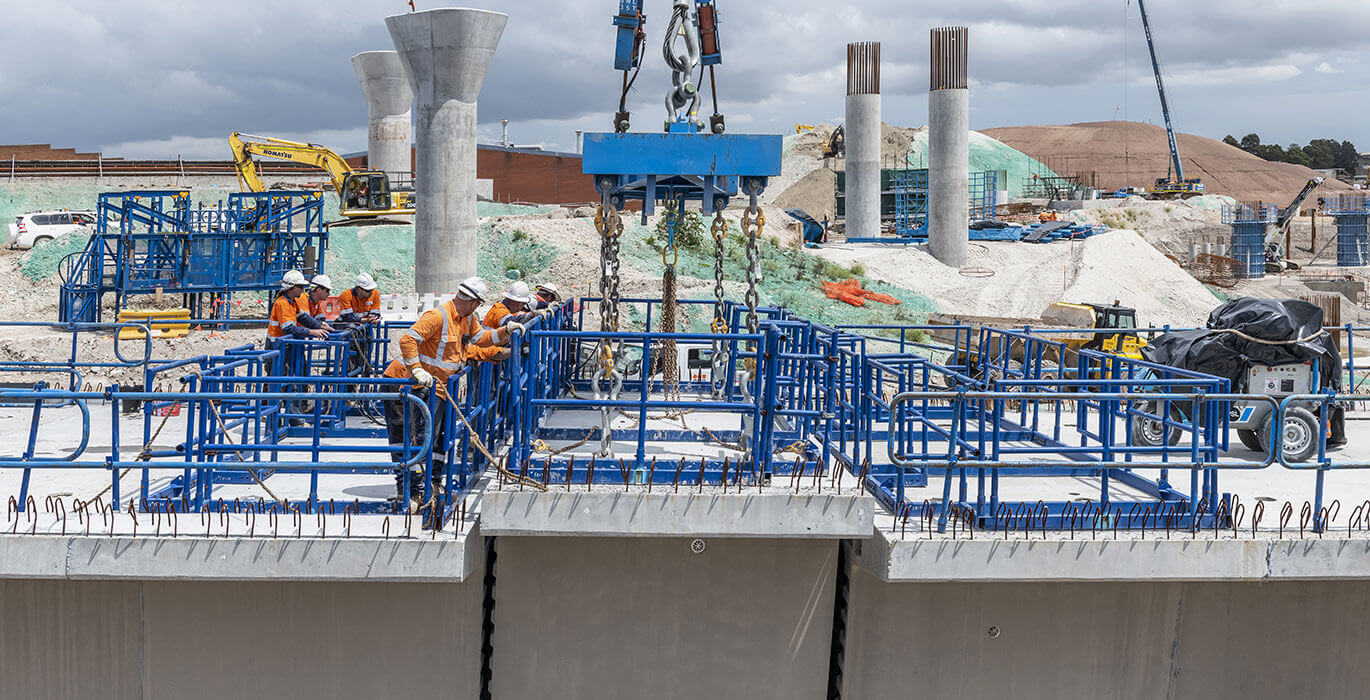 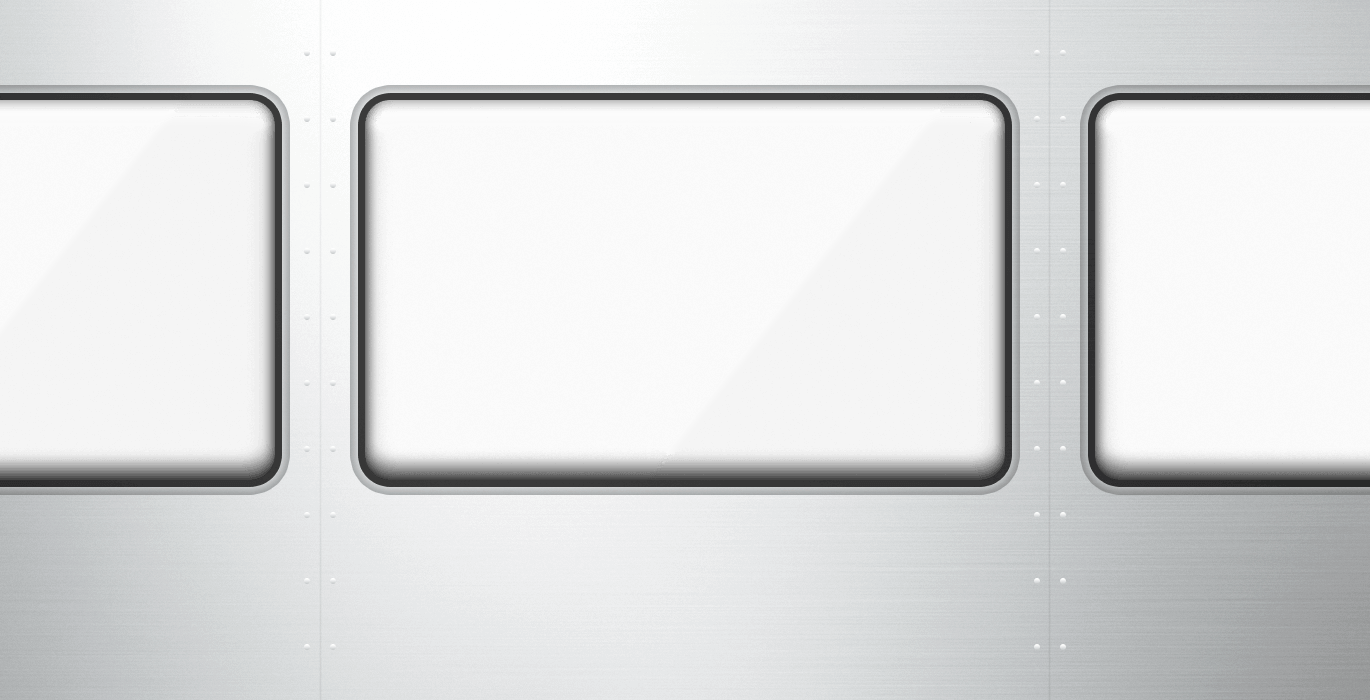 A lead role for
civil engineering

At Sydney, Australia’s most populous city, Bouygues Construction is working on two major motorway projects: WestConnex and NorthConnex. The first consists of constructing a 33-kilometer motorway to ease congestion and support the city’s economic devel- opment. In summer 2018, Bouygues Construction Australia and its consortium partners were awarded package 3A of the WestConnex project, comprising a 7.5-kilometer tunnel that will link the M4 motorway at the level of the town of Haberfield to the new M5 motorway at the St Peters interchange. It is also at this interchange, but in package 2 of this gigantic project, that the VSL teams are hard at work constructing the decks of the nine bridges at this highway hub.This project recalls another major undertaking that Bouygues Construction Australia is carrying out north of the city. 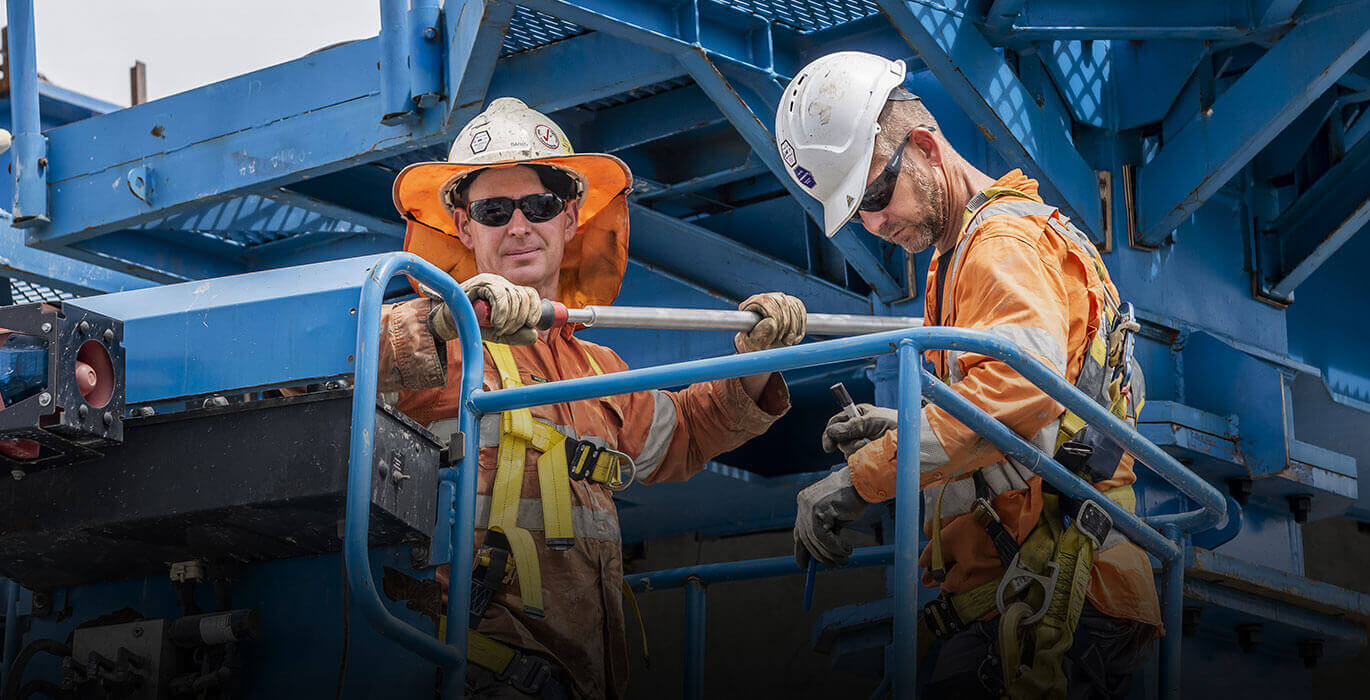 Since 2015, the Lendlease-Bouygues Travaux Publics consortium has been working in the heart of the Pennant Hills nature reserve on the construction of a 9-kilometer twin-tube tunnel that will connect the areas west and north of the city. “With a height of 5.3 meters and width of 13 meters, the NorthConnex tunnel is the widest tunnel in Australia today. And it will also be the longest,” says Philippe Bouquet, chairman of Bouygues Construction Australia and NorthConnex Project Executive Engineering/Civil Tunnel/Planning. Underground, the workers are spraying concrete on the walls of the tunnel, which from now on will be excavated entirely with 20 roadheaders, and finishing the digging of 82 cross-passages. Completion of the NorthConnex project, set for 2020, will ease traffic flows, particularly by removing a portion of the truck traffic. As for motorists, they will avoid 21 traffic lights and cut a minimum of 15 minutes from their driving times. “The experience we’re gaining in NorthConnex is helping us in the WestConnex project, where similar techniques are being used,” concludes Bouquet.

1. Passages between the tubes of a twin-tube tunnel.

Photos of the company’s most impressive projects decorate the walls of the A W Edwards headquarters. Bruce, the grandson of its founder, Austin William Edwards, gazes at them with immense pride. He is the honorary chairman of this Sydney-based company with 269 employees, which carries out projects each worth between AUD 5 million and 300 million (between EUR 2 million and 200 million). The entrance to the famous Taronga Zoo, which houses 2,000 species of wildlife, the White Bay Cruise Terminal, and the renovated Queen Victoria Building containing 190 shops are among the company’s landmark projects in central Sydney. Founded in Australia in 1921, A W Edwards is recognized today for its know-how in the construction of hospitals, schools, and transport infrastructures.

“We have the same values as the Bouygues group, with a strong commitment to technical excellence and innovation to benefit the customer, and the same pride in the company’s history and values,” says Greg D’Arcy, chairman and CEO of the company, which was acquired by Bouygues Bâtiment International in May 2018. “All this is motivating for our employees.” A stable company with a family-based culture, it has been very successful developing relationships of trust with its customers. 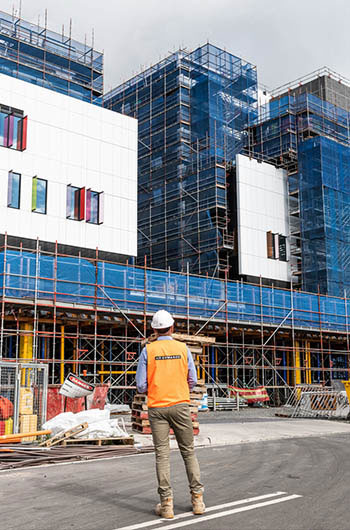 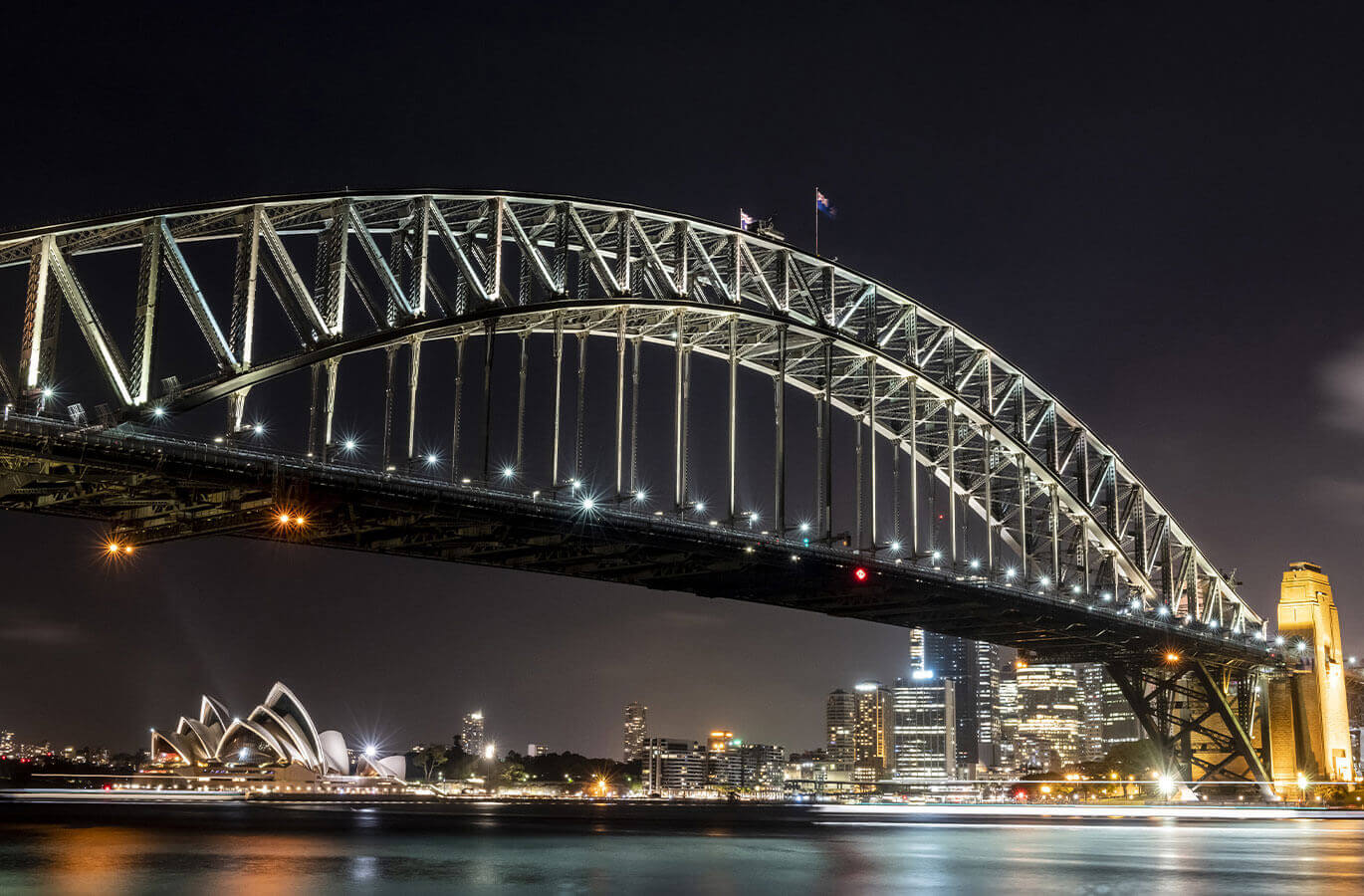 Team spirit is a fundamental value for A W Edwards, as it is for the Bouygues group.

Greg D’Arcy,
chairman and CEO of A W Edwards

“The acquisition of A W Edwards gives the Bouygues group solid positioning in Australia’s building construction sector along with access to a new local network. It also represents an opportunity to develop our activities in this strategic and demanding market, which is strictly regulated,” says Nicolas Borit, chairman and CEO of Bouygues Bâtiment International. “It is a high-performing company with some outstanding projects to its credit.”

At the present time, teams from A W Edwards are working on eleven projects in Sydney, among them a new hospital building in the suburb of Blacktown. This eight-story building will house emergency, intensive care, and pediatrics departments as well as eight operating rooms equipped with state-of-the-art technologies. 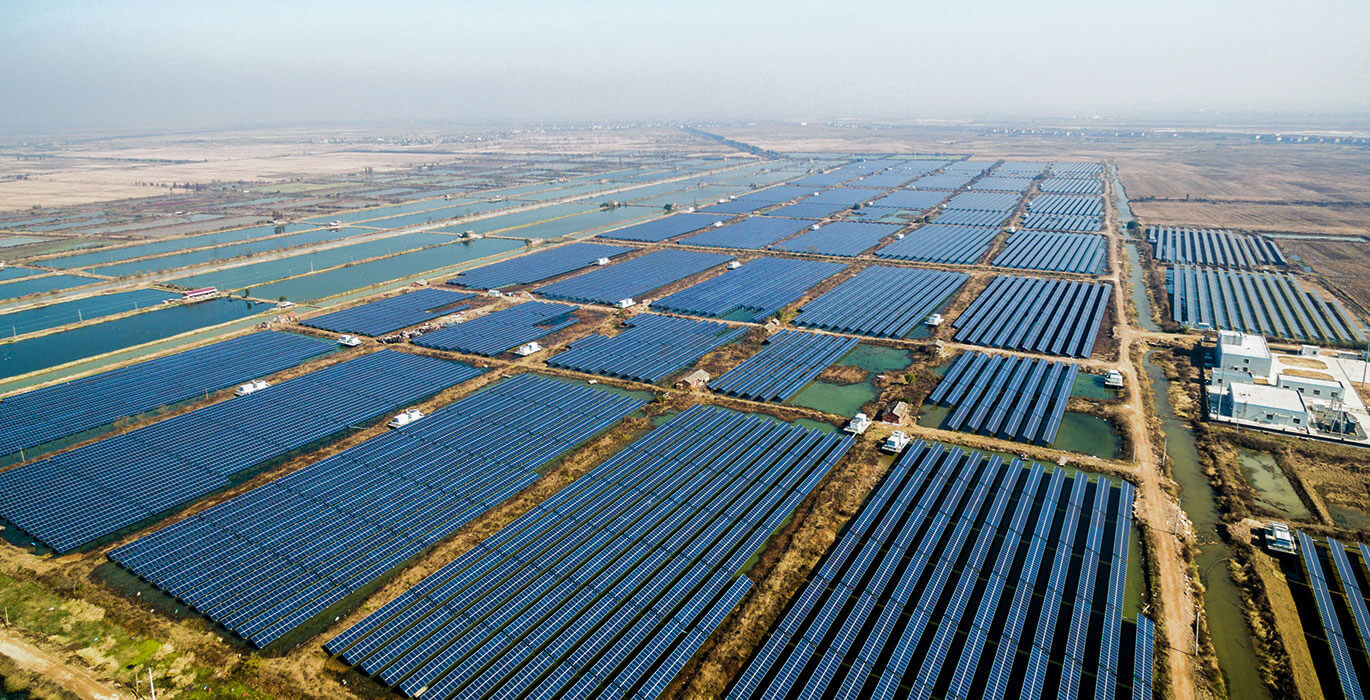 Since the signing of the Paris Agreements on climate change in December 2015, the Australian government has committed to including more green energy in its energy mix. The country enjoys lots of sunshine and has plenty of wide-open spaces, two factors conducive to rapid development of solar farms. “Bouygues Energies & & Services partners with Bouygues Bâtiment International in designing, constructing, and commissioning such facilities and then maintaining them for 25 years,” explains project manager Jérôme Aruanno. “This activity will account for 50% of the revenues of Bouygues Construction Australia in 2018, and it should continue to provide 25% of them in the coming years,” notes Seved Robin, CEO of Bouygues Construction Australia. Seven solar farms have already been delivered in Australia. One of them, a 550-hectare installation at Coleambally, New South Wales, has been in operation since last November. It was constructed in five months, with about 500 workers on the job at peak times. “With a capacity of 189 megawatts-peak, this solar farm built by Bouygues is the one supplying the most energy at the present time,” notes Aruanno.

2018 revenues of the Bouygues Construction subsidiaries in Australia 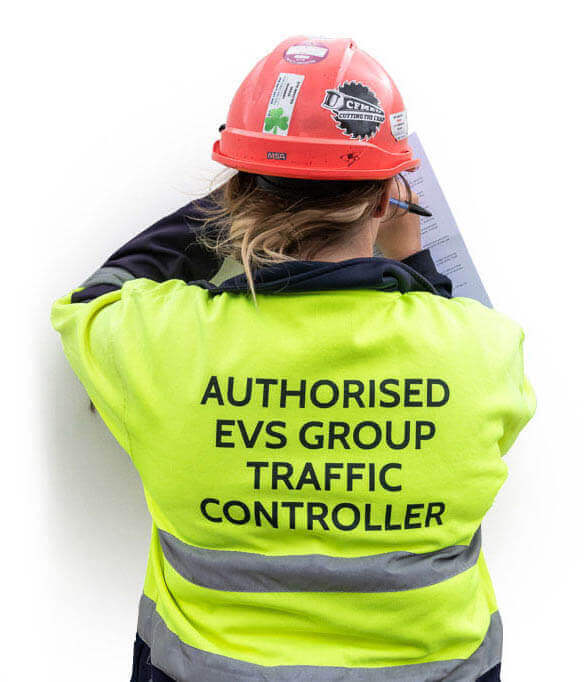 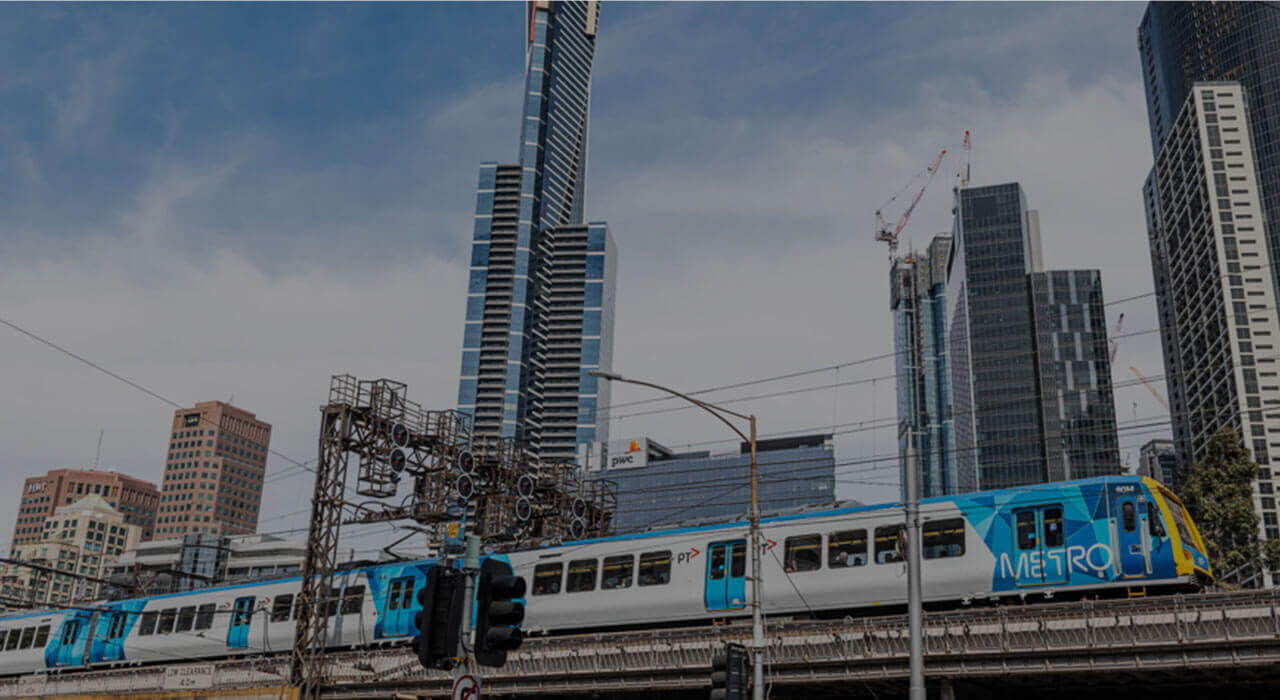