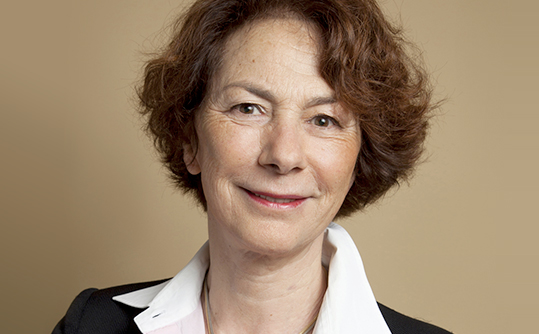 Independent Director
Chairwoman of the Ethics, CSR and Patronage Committee
Date of birth: 07/02/1947

Rose-Marie Van Lerberghe is a graduate of École Normale Supérieure and École Nationale d’Administration, and holds the prestigious rank of “agrégée” teacher in philosophy. She is also a graduate of Institut d’Études Politiques de Paris (IEP) and INSEAD, and has a degree in history. After holding various positions at the French Ministry of Labour in 1986 Rose-Marie Van Lerberghe joined the Danone group, where she successively headed two subsidiaries before becoming Director of Human Resources of the Danone group from 1993 to 1996. In 1996, she became Delegate General for Employment and Vocational Training at the French Ministry of Labour and Social Affairs. She was then Chief Executive Officer of Altédia from 2000 to 2002, before becoming Director General of Assistance Publique – Hôpitaux de Paris from 2002 to 2006. From 2006 to 2011, she chaired the Korian management board. From 2007 to 2008, she sat on the French Commission charged with drawing up proposals for the French Alzheimer’s Plan. In 2009, she joined the KPMG strategy committee. From 2011 to 2015, she was a member of the Conseil Supérieur de la Magistrature (High Council for the Judiciary), appointed as a prominent figure from outside the Judiciary. She was Chairwoman of the Board of Directors of Institut Pasteur from 2013 to 2016 and has been Vice-Chairwoman of the supervisory board of Klépierre since June 2017.