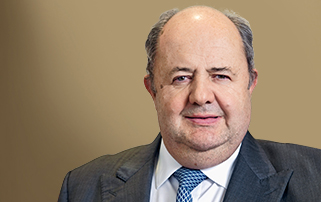 Born in 1957, Richard Viel is a graduate of École Supérieure d’Ingénieur en Génie Électrique and INSEAD. He began his career at Dassault Électronique as an engineer before being appointed head of sales and marketing. He joined Hewlett Packard in 1988 as marketing director, then, in 1992, he became marketing and business development director at British Telecom in France. He was appointed Vice-President of Bull’s Telecoms Business Unit in 1996.

He joined Bouygues Telecom in December 1998 as Director of Customer Relations. He became Director of the Plan Segment in 2000 and Vice-President, Consumer Marketing in 2002. He was appointed Senior Vice-President, Business Services, Wholesale and Development in 2003. He was appointed Deputy Chief Executive Officer of Bouygues Telecom in November 2007.