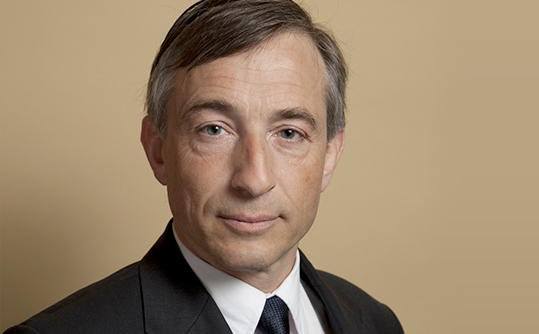 Independent Director
Chairman of the Audit Committee and member of the Selection and Remuneration Committee
General Counsel of the Veolia group
Date of birth: 21/01/1966

Helman le Pas de Sécheval is a graduate of École Normale Supérieure with a PhD in Physical Sciences and an engineering degree from École des Mines. He began his career in 1991 as a project manager in the financial engineering department of Banexi. From 1993 to 1997, he was deputy inspector-general of the underground quarries of Paris. In July 1997, he was appointed deputy to the head of the Department of Financial Operations and Information of the COB (now the AMF), becoming head of this department in 1998. From November 2001 to December 2009, Helman le Pas de Sécheval was group Chief Financial Officer of Groupama, with responsibility for the group’s financing, investing, reinsurance and accounting divisions and oversight of the group’s financial subsidiaries as well as GIE Groupama Systèmes d’Information. From January 2010 to December 2011, he was Managing Director of Groupama Centre-Atlantique. In September 2012, he was appointed General Counsel of the Veolia group.

He was appointed to the Board of the AMF in February 2015 and appointed director of Institut Français des Administrateurs (IFA) in May 2018.

General Counsel of the Veolia group.

Member of the Board of AMF; director of Institut Français des Administrateurs (IFA).