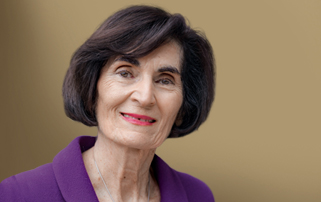 Independent Director
Chairwoman of the Selection and Remuneration Committee
Date of birth: 19/09/1945

Colette Lewiner is a graduate of École Normale Supérieure and holds the prestigious rank of “agrégée” teacher in physics, as well as a PhD in science. She began her career in research and teaching at Université de Paris VII. She joined EDF in 1979, where she worked in the Research and Development department. In 1987, she was appointed head of the fuel procurement department. In 1989, she created the development and commercial strategy division and was the first woman to be appointed Senior Vice President at EDF. In 1992, she was appointed Chairwoman and CEO of SGN-Réseau Eurisys, Cogema’s engineering subsidiary. In 1998, she joined Capgemini, where she headed the Global Energy, Utilities and Chemicals sector, before becoming Advisor to the Chairman on matters regarding energy and utilities. Between 2010 and 2015, she was non-executive Chairwoman of TDF. From 2008 to 2012, she was a member of the European Union Advisory Group on Energy. Between 2013 and 2017, she was a member of the Conseil Stratégique de la Recherche (CSR), a committee charged with advising the French government on research and innovation strategy.

Other positions and functions in the Group