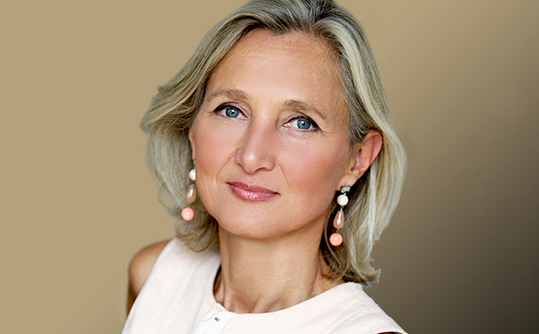 Independent Director
Member of the Audit Committee
Co-founder of Raise
Date of birth: 27/01/1960

Clara Gaymard is a graduate of Institut d’Études Politiques de Paris (IEP). She was an administrative officer at the office of the mayor of Paris from 1982 to 1984, before joining École Nationale d’Administration (ENA). Graduating from ENA in 1986, she joined the Cour des Comptes state audit office as an auditor and in 1990 was promoted to public auditor. She was then appointed head of the European Union office at the External Economic Relations department (DREE) of the French Ministry of Finance. In 1995, she was named chief of staff at the Ministry of Intergenerational Solidarity. From 1996 to 1999, she served as deputy head in charge of support for small- and medium-sized businesses and regional initiatives at DREE. In February 2003, she became Ambassador for International Investment and Chair of the French Agency for International Investments (AFII). She joined the General Electric group in 2006, where she was appointed Chair and CEO of GE France, then GE Northwest Europe in 2008. In 2009, she was appointed Vice-Chair of GE International responsible for key public accounts and in 2010 as Vice-Chair responsible for governments and cities. As Chair and CEO of GE France, she participated, from 2014 to 2016, in the acquisition of Alstom’s Energy business. She left the General Electric group in January 2016 to join on a full-time basis Raise which she founded in January 2014 with Gonzague de Blignières.